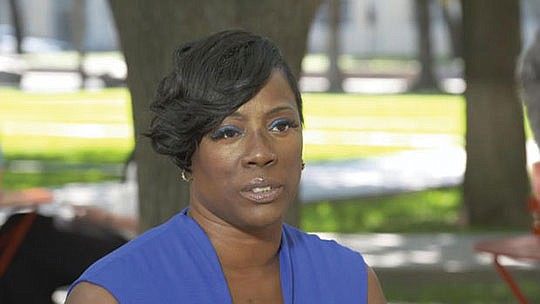 Last year, Crystal Mason was convicted of illegally voting in the 2016 election and sentenced to five years in prison, reports the Huffington Post.

Mason had no idea she couldn’t vote three years ago. Texas prohibits convicted felons from voting while they’re serving their sentences, and in 2016, Mason was on supervised release for a felony. When a 16-year-old poll worker couldn’t find her name on the rolls on Election Day, he offered her the chance to vote with a provisional ballot. Mason filled out an affidavit, submitted it and ultimately, election officials rejected it because she was ineligible.

Even though her ballot didn’t count, prosecutors brought charges against Mason and, after a bench trial that lasted just a few hours, successfully convinced a judge she had knowingly voted illegally. The severity of her sentence made national news. Civil rights groups and other activists have held up Mason’s case as an egregious example of voter suppression.

Mason obviously made a mistake, they say, and is being severely punished to intimidate minorities and people with a criminal record from voting.

“Crystal’s case is an effort in voter suppression. This has nothing to do with whether or not she was eligible to vote,” Kim Cole, one of Mason’s attorneys, said to the nearly all-Black congregation at Mason’s church on Sunday. “They don’t want folks who look like Crystal to show up at the polls.”

Mason’s attorneys recognize they face a significant challenge in convincing Republican judges in a Republican county to rule in Mason’s favor. “We are facing a panel of elected judges that are all Republicans in an appeals court that has been Republican-held since the ’80s,” Alison Grinter, another one of Mason’s attorneys, said Monday. “We are bringing a case that basically suggests an existential threat to Republican governance in that part of Texas,” she said. “I think it’s going to be difficult ... I have no reason to believe that we won’t find judges who will place the law above partisanship.”

Mason isn’t the only one who has faced a prison sentence for unknowingly voting while ineligible. Rosa Ortega, also a Tarrant County resident, received an eight-year sentence in 2017 for illegally voting as a noncitizen, even though she said she didn’t know she couldn’t vote.