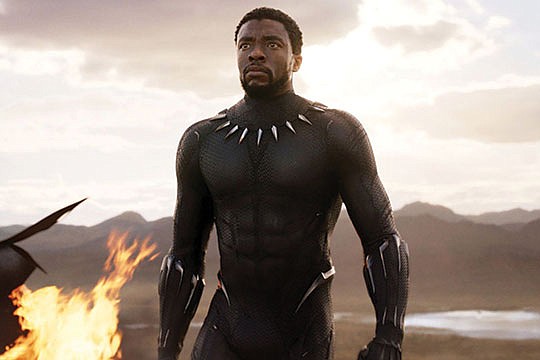 Amid rumors that DC Comics is going to introduce a Black Batman in the near future, a study has revealed that the amount of Black speaking characters in last year’s films reached the highest in 12 years, reports the Hollywood Reporter.

The statistics support that 2018, marked by the landmark hits “Black Panther” and “Crazy Rich Asians,” was indeed a banner year for diversity in Hollywood. In “Inequality in 1,200 Popular Films,” an annual comprehensive and intersectional examination of representation in film, USC’s Annenberg Inclusion Initiative found that the percentage of Black and Asian speaking characters in 2018’s 100 highest-grossing movies both hit 12-year highs of 16.9 and 8.2 percent, respectively.

Overall, non-White characters represented 36.3 percent of speaking characters, up from 29.3 percent the year before. “In 2018, we saw companies taking steps to ensure that certain groups were included in some of their most notable movies,” said Stacy L. Smith, AII founding director. “While we are pleased to see progress in some areas, efforts cannot end here. There are several arenas where much more growth is needed.”

Among those areas is gender, where although the number of movies with female leads or co-leads rose from 20 in 2007 to 39 in 2018, the overall onscreen population that is female remains just 30.9 percent over the report's 12-year span and just under a third in 2018 (in the real world, women comprise about half of the human race).

Latino characters declined to 5.3 percent (outnumbered by their real-world populations in 77 percent of U.S. states and two territories), LGBT characters represented 1.3 percent of cinematic populations as opposed to 4.5 percent in real life, and characters with disabilities 1.6 percent compared with 27.2 percent of the actual U.S. population, the largest disparity among the marginalized groups examined.

In studying which demographic groups were invisible onscreen, the AII researchers found that 70 of the top 100 movies had no Latina characters, 78 had no people of Middle Eastern/North African descent and only one film depicted a Native American character onscreen.