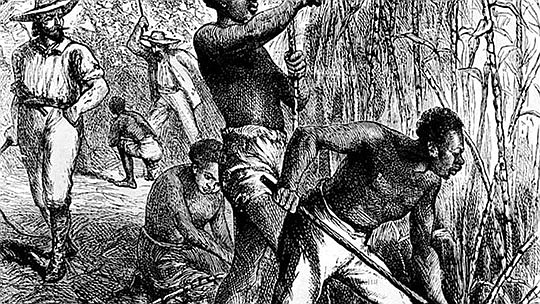 Slavery was an ugly part of U.S. history, but Americans disagree on how to handle its legacy, reports CNN. While nearly 75 percent of Black respondents in an AP/Norcross Center for Public Affairs Research poll said they believe the U.S. government should pay reparations to the descendants of enslaved Black people, just 15 percent of White participants supported the idea. Overall, about 29 percent of the people questioned support reparations, or payment to African Americans whose family members were slaves, according to the poll conducted in September of nearly 1,300 Black, White and Hispanic Americans. Reparations have been adopted as a talking point among Democratic presidential hopefuls. But there’s little consensus among average Americans. The underwhelming support for reparations is most evident among the White people who were questioned, and just over half – 54 percent – said they believe the history of slavery continues to impact Black Americans “a great deal.” Meanwhile, 83 percent of Black respondents said slavery still deeply affects them. More – but still less than half of those polled – said the government should issue an official apology for slavery. Age was indicative of participants' beliefs, too: Those older than 60 were the least likely age group to support reparations at 16 percent, compared to 45 percent of 18-to 29-year-olds. The renewed interest in reparations was the impetus for the poll, Jennifer Benz, research scientist and deputy director of the AP/NORC Center, told CNN. The government has taken small steps toward formally addressing the concept this year. The House Judiciary Committee's subcommittee on the Constitution, Civil Rights and Civil Liberties held a hearing on reparations on Juneteenth, the June 19 holiday that celebrates the end of slavery. But the day before the hearing, Senate Majority Leader Mitch McConnell said he opposed paying reparations, arguing, “none of us currently living are responsible” for what he called America’s “original sin.”