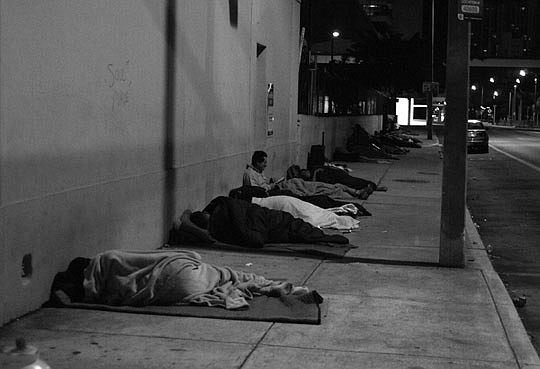 “People experiencing homelessness face a number of challenges related to their health and well-being, but this new analysis suggests that people who are unsheltered are far more likely to encounter these problems and that the problems are exacerbated the longer they are unsheltered,’’ said Janey Rountree, executive director of the California Policy Lab at UCLA. “These issues were the most profound for unsheltered women, especially experiences with abuse and trauma.’’

The California Policy Lab analyzed survey responses from more than 64,000 people ages 25 and older who were homeless or unsheltered, in 15 states from 2015 to 2017.

“While individuals who are sheltered report on average fewer health and mental health conditions, the data does not support a finding that shelter is the cause of improved health,’’ according to the Policy Lab.

About half of all unsheltered respondents said they suffer from a combination of physical and mental health issues and a substance abuse condition, what researchers call a state of “trimorbidity.’’ The number of unsheltered people who reported those issues was more than 25 times the number of