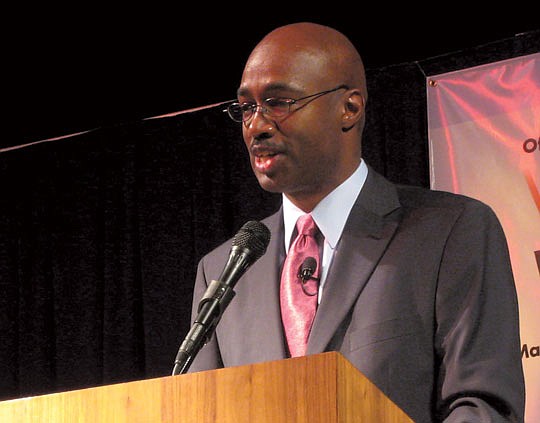 Irving, who is widely credited with originating the term “digital divide,” was introduced to the Internet Hall of Fame for his impact on increasing internet access among underserved populations.

Born in public housing in Brooklyn, NY, and reared in Queens, Irving earned an undergraduate degree from Northwestern University, as well as a law degree from Stanford University. For almost seven years, Irving served as Assistant Secretary of Commerce for Communications and Information and Administrator of the National Telecommunications and Information Administration (NTIA). In that position, Irving served as a principal advisor to former President Bill Clinton, Vice President Al Gore and Secretary of Commerce Ron Brown on domestic and international telecommunications and information technology issues.

“Certainly others in the Clinton-Gore administration did important work, but Larry was the most visible and effective administration official—other than Al Gore—in developing and communicating internet policies,” said Clayton Banks, co-founder and CEO of Silicon Harlem. “Larry led the focus on the digital divide and has remained steadfast in his concern about the issue and the impact of lack of connectivity for half the planet’s population for the past quarter century.”

“Focus on the digital divide has unquestionably contributed to the growth and development of the internet as new and diverse populations have come online because of efforts to bridge the divide,” said Chris Lewis, president and CEO of Chris Lewis at Public Knowledge. “The reports Larry commissioned as NTIA Administrator were the first, and remain some of the most notable and impactful analyses of consumer access to the internet.

In his introduction to a 1999 report, Irving was among the first persons to note that “the divide between those with access to new technologies and those without is now one of America’s leading economic and civil rights issues.”

Irving was also a member of the Obama-Biden transition team from 2008 to 2009. He was one of the of the architects of the Obama administration’s early technology initiatives, including their broadband technology initiative (BTOP) that focused on connecting community anchor institutions to broadband networks to assist consumer access and connectivity. In addition, Irving was instrumental in crafting the Obama-Biden administration’s broadband “mapping” strategy, designed to determine the presence and quality of broadband in discrete communities, particularly in rural and exurban communities.

After Irving left government work, he assisted and consulted with tech companies seeking to address the “digital divide,” including working with AOL to develop strategies to increase online subscribership among minority audiences.

In 2012, the Internet Hall of Fame was launched by the Internet Society, to provide a recognition program and virtual museum that celebrates the living history of the internet and the individuals whose extraordinary contributions have made the internet, its worldwide availability and use, and its transformative nature, possible.

More details on the 2019 Internet Hall of Fame inductees, including their biographies and photos, can be found at www.internethalloffame.org.