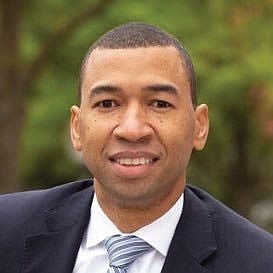 It is the site of the historic Montgomery bus boycott, and now the city is set to swear in its first Black mayor in the its 200-year history, with Probate Judge Steven Reed winning the roughly two third of the totals vote in Tuesday’s election, reports NBC News. Reed, a judge for Montgomery County, defeated David Woods by winning about 67 percent of the vote. Reed will replace current Mayor Todd Strange, who did not seek reelection. “If there was any doubt about what we can do when we come together, when we unify this city, let the record show tonight ... we (can) build around positivity, around opportunity, and all the things that tie us together,” Reed said Tuesday night. He will be sworn into office next month. Montgomery, first incorporated in 1819, served as the first capital of the Confederate States of America, and about a century later was the site of the bus boycott. The city had been one of three cities with a population greater than 100,000 in the six Deep South states that had not previously elected a Black mayor, reports the Montgomery Advertiser.