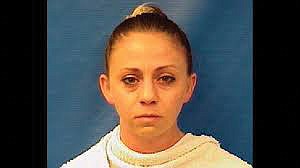 Multiple news sources are reported that Amber Guyger, the White police officer that accidentally entered the wrong apartment and shot and killed a Black man (Jean Botham) has been found guilty of murder. Allison Botham took the stand first at Amber Guyger’s sentencing hearing Tuesday, hours after raising her hands in jubilation over the rare murder conviction of a former police officer in the death of her son, Botham, reports CNN. Allison Jean and her daughter were largely composed as they addressed the jury, describing how losing Botham had upended their lives. “My life has not been the same,” Allison Jean told the jury that will sentence Guyger. “It's just been like a roller coaster.” Guyger, who is White, testified that after working long hours on September 6, 2018, she returned to her Dallas apartment complex. In uniform but off duty, she approached what she thought was her apartment. She noticed the door was partially open, saw a man inside who she believed to be an intruder, and fired her service weapon, killing him. In fact, she was at the apartment directly above hers, which belonged to the 26-year-old Jean, who was Black. Prosecutors said Jean had been on the couch in his shorts, watching TV and eating vanilla ice cream when Guyger walked in. Jurors deliberated for less than 24 hours before reaching the verdict. Guyger was booked into the North Tower Detention Center in Dallas Tuesday afternoon, according to the county website. Though the topic of race did not figure prominently in the trial itself, outside the courtroom, Jean’s case had became a focal point in the national conversation on policing and the threat of violence people of color face in daily life. After the verdict, S. Lee Merritt, an attorney for Jean’s family, called the murder conviction a “huge victory” not only for the victim’s family but also “for Black people in America. It’s a signal that the tide is going to change here. Police officers are going to be held accountable for their actions and we believe that will begin to change policing culture all over the world.” Another family attorney, Benjamin Crump, cited the names of numerous unarmed African Americans who have died at the hands of police. “For so many unarmed Black and Brown human beings all across America, this verdict is for them.”