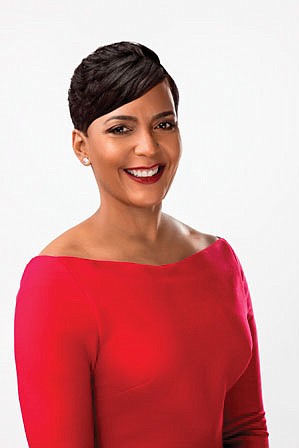 When Lori Lightfoot took office as mayor of Chicago in May, she became the city’s first Black woman executive, as well as its first openly gay leader. “Every child out there should know this: Each of you, one day, can be the mayor of Chicago,” Lightfoot said in her April 2 acceptance speech. “Want to know why? Just look right here.” Black women have historically driven the American political agenda as organizers and as voters. Now, an increasing number are leading the biggest cities in the United States, reports the Christian Science Monitor. In 2013, just one Black woman was mayor of a major U.S. city, but Black women today run seven of the country’s 100 largest cities, including Washington, D.C., Atlanta and San Francisco. (Women of color were also elected to lead in three Californian cities: Bakersfield, Chula Vista and Fremont.) Their election victories and accomplishments in office mark a step forward in the push for equitable governance, experts say. “What’s significant for me is the recognition that Black women have always worked hard,” says Vi Lyles, the mayor of Charlotte, North Carolina, and the first Black woman to hold that office there. “It’s just that perhaps this time we have the ability to show our strengths to a broader audience.” Black women, who largely vote Democratic, went to the polls at higher rates than any other demographic group in the 2008 and 2012 presidential elections. And they played a key role in deciding 2018’s midterms. “We are now demanding a return on our voting investment,” says Glynda Carr, who co-founded Higher Heights, an organization that provides training and support to prospective Black women candidates who identify as progressive. “What we’ve demonstrated is that we don’t go to the polls alone,” Carr says. “When you fire up a Black woman, she brings her house, her block, her church and her sorority.” Black women candidates still face obstacles such as being outspent by their opponents, Carr says, although early endorsements usually help their campaigns. Representation still lags in statewide and federal offices, opponents of minority candidates often make “implicit appeals” to racial stereotypes, and voting still sometimes falls along racial lines, says Matthew Tokeshi, an assistant professor of political science at Williams College in Williamstown, Massachusetts.