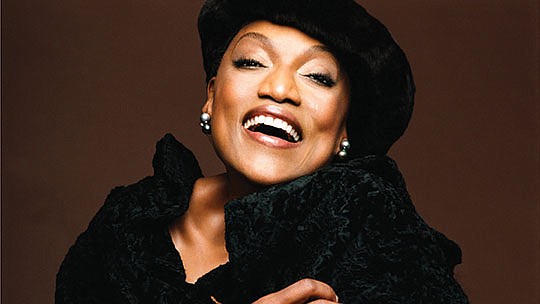 The world lost a treasure yesterday with the passing of Jessye Norman, the international opera star of color who won four Grammys, the Kennedy Center Honor and a National Medal of Honor. She was 74, reports the Associated Press. According to a statement released by her family, she died from septic shock and organ failure at New York’s Mount Sinai St. Luke’s Hospital. “We are so proud of Jessye’s musical achievements and the inspiration that she provided to audiences around the world that will continue to be a source of joy. We are equally proud of her humanitarian endeavors addressing matters such as hunger, homelessness, youth development, and arts and culture education,” the family statement read. Norman was born on Sept. 15, 1945 in Augusta, Georgia. She was 16 when she entered the Marian Anderson Vocal Competition, which led to a scholarship at Howard University. She won the National Society of Arts and Letters singing competition in 1966 and won the ARD International Music Competition in Munich three years later. In 1969, she would debut at the Deutsch Opera Berlin and a year later she debuted in Florence. Debuts at the Teatro alla Scala, the Royal Opera House and Covent Garden would come in 1972 with a Met appearance coming in 1983. She enjoyed a massive international career that included performances with the Edinburgh Festival, Salzburg Festival, Aix-en-Provence, and Stuttgart Opera, among many others. Later in her career she moved away from soprano roles and into mezzo repertory before eventually founding the Jessye Norman School of the Arts in 2003. She was nominated for 15 Grammy Awards in her lifetime and won four.