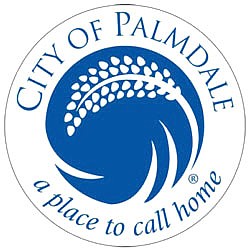 A comprehensive financial analysis by the California State Auditor (CSA) has revealed that the city of Palmdale has one of the lowest risks of fiscal distress in California.

Of the 471 cities that were analyzed, Palmdale came in at the 405th lowest risk, putting it in the top 14 percent of California cities.

As part of the CSA’s high-risk local government audit program, the Auditor has established a process for determining whether a local government agency is at risk of fiscal distress. The CSA launched its most comprehensive analysis of cities, and for the first time, make public an online dashboard ranking the fiscal health of over 470 California cities from highest to lowest risk, using ten key financial indicators. The dashboard is available at https://bit.ly/2OvflYz.

The California State Auditor (State Auditor) analyzed financial information for 471 California cities to identify cities that may be at risk for fiscal distress. They assessed risk by performing various financial comparisons and calculations that they refer to as financial indicators, and analyzed the finances related to each city’s governmental and business-type activities, including the general fund or main operating fund.

The State Auditor selected a set of 10 indicators that enabled them to assess each city’s ability to pay its bills in both the short and long term. Specifically, the indicators measure each city’s cash position or liquidity, debt burden, financial reserves, revenue trends, and ability to pay for employee retirement benefits. They also used a points-based system to rank and categorize cities as either high, moderate, or low risk for fiscal distress, of which Palmdale measured quite favorably.