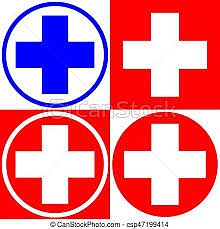 The National Association of County and City Health Officials (NACCHO), representing the nation’s nearly 3,000 local governmental health departments, has expressed concern about the racial disparities demonstrated by the newly released statistics on sexually transmitted diseases (STDs) from the Centers for Disease Control and Prevention (CDC), reports the Charleston Chronicle.

The 2018 STD Surveillance Report highlights that rates of syphilis, chlamydia and gonorrhea have surged for the fifth year. The disparity in STD infection rates for African-Americans compared to other populations remains high. According to the study: Primary and Secondary Syphilis in 2018, the disparity between Primary and Secondary syphilis rates for Blacks and Whites was 4.7 times greater for Black females compared to White females and 4.8 times greater for Black males compared to White males.

According to NACCHO’s Board Vice President, Sandra Elizabeth Ford, MD, MBA, “Data highlighting the overrepresentation of sexually transmitted diseases in the African-American population is disappointing, but not shocking.”

Dr. Ford, a graduate of Howard University’s School of Medicine continued, “More emphasis must be placed on those issues that present barriers to prevention and care of not only STDs but other chronic diseases, such as poverty and lack of insurance, as well as racism. Until we take a hard look at these factors, we will continue to see the broad inequities in diseases prevalence that we are currently observing.”

Local health departments work daily to reduce STD rates and improve health outcomes in their communities by testing for, treating and ultimately, preventing STDs. This includes strong prevention and treatment messaging, as well as the essential work of disease intervention specialists, who are on the frontlines of efforts to disrupt the spread of STDs and prevent outbreaks.