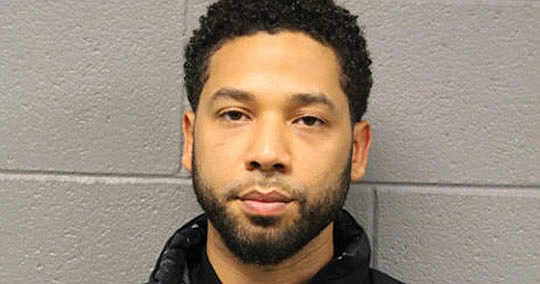 Former “Empire” actor Jussie Smollett has filed a counterclaim against the city of Chicago, several Chicago Police Department officers, and brothers Abimbola Osundairo and Olabinjo Osundairo, claiming that he was the victim of a malicious prosecution that caused him “humiliation, mental anguish and extreme emotional distress,” reports NBC News. The filing document alleges that the Chicago P.D. “obtained false and unreliable statements from the Osundairo Brothers” and used “those statements as the basis for the complaint against Smollett.” The document goes on to say that investigators “ignoring evidence that contradicted those statements played a significant role in the commencement of proceedings against Smollett.” The counterclaim demands that the city be barred from seeking reimbursement for the police investigation of Smollett’s claim that he was a victim of a racist and homophobic attack, given “its inequitable conduct in filing criminal charges against Smollett without probable cause and maliciously prosecuting him in bad faith.” Smollett claimed that he was the victim of an assault in January, which he said was racially and politically motivated, as well as homophobic. Later he was accused of hiring the Osundairo brothers who attacked him and were indicted for filing false statements. The criminal charges were dropped in March, and Smollett has maintained his innocence, but the city of Chicago has filed a $130,000 lawsuit against Smollett in order to recoup the cost of the police investigation. The records in Smollett’s case were originally sealed, but a judge ordered in May that thousands of pages of documents on the case be released. Among the documents released were police statements from the Osundario brothers, who claimed that Smollett paid them to stage the attack, as well as text messages from the office of Cook County State’s Attorney Kim Foxx. Gloria Schmidt, the attorney representing the Osundairo brothers, called the counterclaim “another sad attempt by Jussie Smollett to try and falsely smear the Osundairo brothers, the City of Chicago and the Chicago Police Department.” She went on to say her clients have been “open and honest” with the Chicago Police Department.