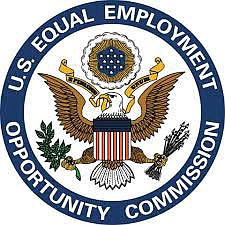 An African American structural biologist who came to Miami University (Ohio) through a diversity recruitment program was denied access to key equipment and was subjected to a higher bar for tenure than her White colleagues reports the Cincinnati Inquirer. That’s according to a federal lawsuit filed Wednesday by Natosha Finley, a former assistant professor at Miami. Finley seeks more than $5 million for lost pay, emotional distress and attorney fees, according to the suit. The suit describes Finley’s failed attempts to appeal her tenure denial and her claims of racial and gender discrimination. Finley, whose specialty involves the detection and discovery of life-saving antibiotics, was routinely denied access to “state of the art” equipment necessary for her work. Access to the equipment was “key” to Finley’s ability to write enough scholarly articles to qualify for tenure. But instead the equipment was made available for other research purposes that “generated revenue.” Finley was also required to write five scholarly articles for tenure whereas two White colleagues received tenure after writing just one and three articles, respectively. Articles that the White colleagues co-authored counted favorably toward their tenure application, but such articles by Finley were not counted. Finally, Finley managed to write the “excessive number of scholarly articles,” but the university declined to recognize one of the publications “in a display of arbitrary adversity” toward Finley. Before filing her lawsuit in federal court in Dayton, Finley filed a complaint with the Equal Employment Opportunity Commission. She also appealed her tenure denial to a campus committee on faculty rights, an office on equity and the president’s office. In her EEOC complaint, Finley wrote she also was subjected to discriminatory treatment in the form of a lack of faculty mentoring and student trainees, inequitable teaching assignments and alteration of evidence in her case. Miami’s treatment of Finley will “taint her career for the rest of her life,” the suit says. In addition to the $5 million in damages, Finley seeks a return to her former position with the school along with “the tenure she was improperly denied.”