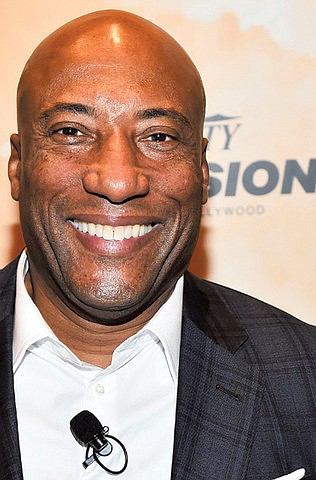 “Justice and equality are at stake in this Supreme Court case and I am very concerned about the lasting implications that a bad decision can have on key Civil Rights laws,” Harris said. “This section of the code was designed to stop racial discrimination in business contracts, regardless of whether discrimination was the sole reason a business contract wasn’t signed. Essentially, it would be against the law if racial discrimination was just a part of the reason a contract was signed.”

More than 6,000 persons attended the NAACP phone conference and heard about why the Supreme Court must protect one of the country’s longest-standing civil rights laws.

“Are you prepared to say business decisions based on racism are acceptable combined with other non-racist reasons?” wrote the Rev. Bernice King in a letter to Comcast CEO Brian Roberts. She accuses the company of trying to “dismantle” the law barring racial discrimination.

“This case centers on a narrow, technical point of law that will not in any way lessen the nation’s civil rights laws,” Comcast said in a recent statement. “Comcast has a strong civil rights and diversity record and an outstanding history of supporting and fostering diverse programming from African-American owned channels.”

During his radio interview, Allen said the conflict initially began years ago after he had a meeting with representatives from President Barack Obama’s administration. They asked him if big corporations like Comcast & Charter Communications were good corporate citizens.

Allen informed them that although these media conglomerates spent $70 billion on licensing, African-American owned media was getting zero.

Allen contends that African Americans were originally positioned to fail in White America.

“We were brought here to create wealth, not to share the wealth,” Allen said in his “Breakfast Club” interview. “The moment we became free, we became a liability.”

Allen contends that African Americans have been battling against economic genocide for years.

And it’s in the court rooms.

When asked about the daunting possibility of a negative outcome in the Supreme Court case which could endanger the old 1866 law, Allen said he is not afraid and he believes Comcast is living in a bubble.

“It’s about protecting our economic inclusion,” he said. “Fear is another form of slavery. I left the plantation a long time ago.”