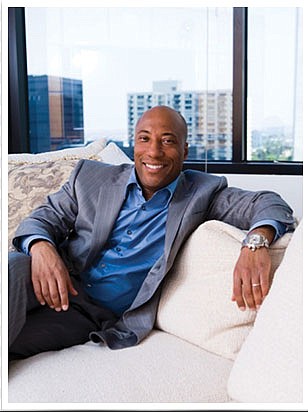 Attorneys for Entertainment Studios founder and CEO Byron Allen and Comcast engaged in a contentious back and forth with U.S. Supreme Court justices on Wednesday, as the highest court in the land debated what to do with Allen’s discrimination lawsuit against the nation’s largest cable TV and Internet service provider, reports CNN.

Allen’s allies, including U.S. Senators Cory Booker and Kamala Harris, and the NAACP, say the case could set civil rights plaintiffs back decades if he loses. Comcast says a victory for Allen would unduly make companies vulnerable to a flood of discrimination lawsuits.

Allen, who is Black, filed his suit against Comcast in 2015, as reported by Our Weekly, claiming the media conglomerate that services 55 million combined cable and Internet subscribers factored in his race when it decided not to carry Entertainment Studios channels like JusticeCentral.TV, Pets.TV and Recipe.TV, which would violate Section 1981 of the Civil Rights Act of 1866 barring racial discrimination against non-White individuals in contracts.

Comcast is legally bound to comply with the federal law’s Section 1981 provision as a result of its 2009 acquisition deal with NBCUniversal. According to court documents, Allen’s team argues that Comcast carries “lesser-known, White-owned” networks, such as FitTV and the Outdoor Channel, but refused to carry Allen’s channels, even after his company took steps recommended by Comcast to secure a deal.

Comcast claims its decision not to carry Allen’s channels was based on business factors alone, including viewership, and had nothing to do with Allen’s race, pointing out that it carries Black-owned stations such as Sean “Diddy” Combs’ RevoltTV. At issue in the case is whether a plaintiff must prove that a contract would have been approved “but for” the petitioner’s race.