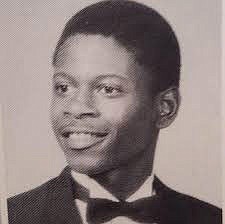 High profile celebrities such as Rianna, Janelle Monae, Meek Mill and Kim Kardashian-West have joined the effort to stop the execution of a Black man in Texas, reports the Huffington Post. They are calling for Texas Gov. Greg Abbott (R) to stop the upcoming execution of Rodney Reed, a Black man who was accused of killing a White woman and who claims he is innocent and whose lawyers say mounting evidence would exonerate. Reed, 51, who is scheduled to be executed on Nov. 20, was convicted of the 1996 sexual assault and murder of then-19-year-old Stacey Stites, who was White. The Innocence Project, which is part of Reed’s legal team, last week filed for a commutation of Reed’s sentence, as well as for a new hearing in the case “in light of the grave doubt concerning his guilt.” The lawyers cite evidence they say proves Reed’s innocence and that points to the alleged guilt of the victim’s fiancé, Jimmy Fennell, who was a police officer at the time and a person of interest in her murder. (Fennell’s lawyer told CBS News that his client was not involved in Stites’ murder and had been “devastated” by her death.) Fennell actually spend 10 years in prison after pleading guilty to the kidnapping and sexual assault of a woman he had in custody in 2007. In the commutation request, Reed’s lawyers said a former prisoner and leader of the Aryan Brotherhood crime syndicate who was imprisoned with Fennell, who is White, said last week that Fennell had said his fiancée “had been sleeping around with a Black man” and that he had to kill his “nigger loving fiancée.” The key evidence against Reed in his trial was the DNA in his semen collected from Stites’ body. Reed said he was in a consensual sexual relationship with her at the time. Reed’s lawyers have requested a DNA test of the murder weapon, which the state hasn’t done. They also point to expert witnesses who have since recanted their testimony. Reed asks ”only for commutation because he wants to be vindicated in court, so that a jury of his peers can hear all of the evidence in his case,” Bryce Benjet, an attorney with the Innocence Project, told HuffPost. An all-White jury convicted Reed. “Anyone who looks at the evidence fairly will understand that the wrong man was sent to death row for this murder,” Benjet said. An online petition asking Abbott to stop Reed’s execution has garnered more than 1 million signatures. The Innocence Project said it has not gotten a response from Abbott or the Texas Board of Pardons and Paroles on the commutation request. Reed ”is certainly encouraged by the widespread and diverse group of people voicing their support,” Benjet said of the tweets by celebrities rallying to the prisoner’s cause.