Did slaves support Confederacy? Find out in new book ‘Searching’

A renewed look at Civil War 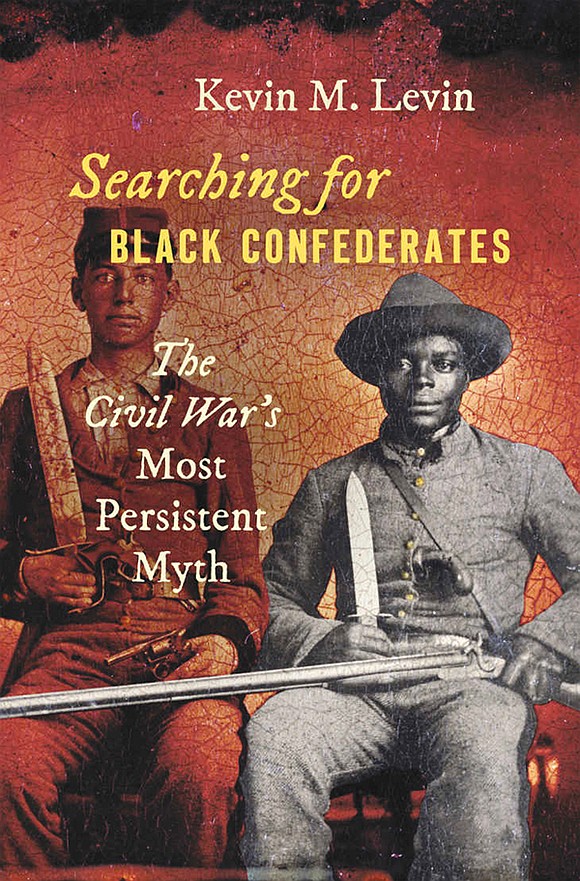 History is a big subject.

And yet, each era has inside it a thousand little clues for people, places, and everyday life: Clothes folks might’ve worn, toys children played with, maybe, or foods they enjoyed. Those are the things that make history fascinating, even powerful. But add in a bit of quarrel and, as in the new book “Searching for Black Confederates” by Kevin M. Levin (2019, The University of North Carolina Press), they might make history wrong.

Ever since the last shot was fired in the Civil War, there’s been controversy, including argument over the site of that last shot. For more than a century-and-a-half, stories were told and mythology endures – one of them being the possibility that slaves fought on the side of the Confederacy.

“Over the past… decades,” says Levin, “claims…of anywhere between 500 and 100,000 black Confederate soldiers… have become increasingly common.”

But, he says, those claims are highly inflated. In truth, “a small handful of black men” were recruited “just days before the fall of the Confederacy…” Also true: photographs taken during the War show Black men dressed in gray uniforms. Those pictures cause a misunderstanding, Levin says, that leads back to one of the reasons the War was fought in the first place.

When volunteering to serve in the Confederate Army, many white men took a slave or two with them to serve as “camp slaves” to polish arms, press uniforms, cook, and carry messages. Some slaves charged their “master’s” comrades for work, which allowed them money to buy their own Confederate uniforms, if they so desired.

During battle, camp slaves were sometimes tasked with guarding provisions and horses on the outskirts of a conflict but “at no point… was it ever revealed that black men were… serving in the Confederate army as soldiers.” The idea was suggested and discussed but most slave owners “did not believe that slaves or free Blacks could make good soldiers.” Even trying, Levin says, would have elevated slaves to the level of their “masters,” a thought that was totally unacceptable…

So is the discussion settled? Probably not, but “Searching for Black Confederates” surely makes good arguments on the side of dismissal.

Beginning with a novel written in 1860—one that he picks apart methodically – author Kevin M. Levin suggests that the idea of slaves basically fighting to keep themselves enslaved is preposterous. To support this, he cites various sources to explain photographs that have come to be misunderstood and how end-of-war expectations and Jim Crow laws affected life for Black men in the post-War years. These sources underscore his original claims that black men were not enlisted to fight for the “Lost Cause.” It’s fascinating information, if not just a bit repetitive.

And yet, because there’s nobody to interview and nobody to question, certain historians and readers who embrace Black forebears in gray might still dispute the disputer. They, too, have sources, stories, and reasons, which makes “Searching for Black Confederates” a book that no Civil War scholar should ignore: If you think the argument’s here to stay, you wouldn’t be wrong.