Search continues for clues in death of Exodus Foisia 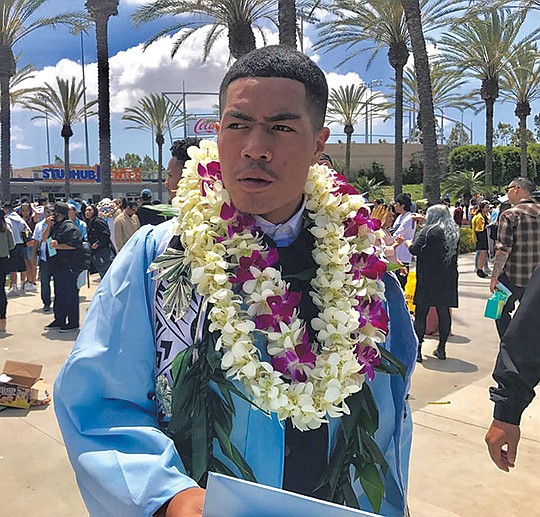 On Saturday, May 4, Exodus Joseph Foisia was shot in his torso and found dead at 18300 block of Milmore Avenue in Carson, at around 1:15 a.m. He died at the scene, according to the Los Angeles County Sheriff’s Department, in the latest incident of a young Black man being murdered locally.

The Carson High School graduate, who was also an active church member, was only 19-years-old. His family reported he left a church play he participated in to head to a party. His family said they are not aware if their son had any enemies.

The shooting happened a day after city officials released a $20K reward for the Carson homicide that occurred on April 16. There is no evidence of a possible connection.

His family held a press conference on, May 10, at the church Foisia attended, to ask the community for help. His family is also working closely with law enforcement.

The non-profit organization, “Justice For Murdered Children,” founded by LaWanda Hawkins, is assisting the Foisia family and law enforcement to help find the killer. Hawkins, who lost her only child, Reggie to homicide as well, teamed up with other mothers to get justice for children and their families when kids die as a result of street violence.

According to the “Justice for Murdered Children,” website, the organization offers monthly support group meetings for families of homicide victims, daily counseling with licensed therapists, navigation through the criminal justice system processes and assistance with burial expenses. The organization educates the public on ways to help policy makers, community leaders, and the criminal justice system to become more-effective and responsive to families of homicide victims and their needs. Hawkins is engaged to educate the community about criminal activities and how to inform law enforcement of criminal activities in their neighborhood.

No suspects have been identified, and the motive for the murder remains unkown.