Motown, T.I. to be honored with ASCAP Rhythm & Soul Awards 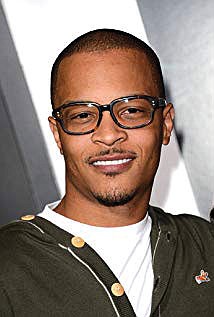 Legendary label Motown Records and veteran rapper and TV personality T.I. will be honored at ASCAP’S 32nd annual Rhythm & Soul Music Awards. The awards take place on Thursday, June 20 in Los Angeles. Motown, which was founded by Berry Gordy and is celebrating its 60th anniversary this year, will receive the ASCAP the Rhythm & Soul Heritage Award, which honors ASCAP members who have had a major impact on the legacy of rhythm and soul music. Previous recipients include Smokey Robinson, Jimmy Jam & Terry Lewis, Chaka Khan, Peabo Bryson, Earth, Wind & Fire, Rick James and Bill Withers. According to Variety, ASCAP will also honor rapper, actor, label head and three-time Grammy winner T.I. (real name: Clifford Harris) with the inaugural ASCAP Voice of the Culture Awards, a special new honor created to celebrate ASCAP songwriters and artists who have had a major influence on music and culture. “From its humble beginnings to its reputation as the birthplace of soul, funk and R&B, Motown Records has evolved into a legendary institution that is home to some of the greatest musical talents of the last century,” said ASCAP’s chairman of the board and its president, Paul Williams. “We are so pleased to celebrate Motown Records’ first 60 years with the ASCAP Rhythm & Soul Heritage Award.” He continued, “T.I. has conquered the worlds of music, TV and film, helping to popularize a new sub-genre of music in the process. His significant contributions to hip-hop music, support for other artists through his record label, philanthropy, community activism and memorable onscreen roles have had a profound impact on today’s music and culture. There is no one more deserving to receive the inaugural ASCAP Voice of the Culture Award.” Other awards to be presented at the 2019 ASCAP Rhythm & Soul Awards include Songwriter of the Year, Publisher of the Year, Top R&B/Hip-Hop Song, Top Rap Song and Top Gospel Song. Motown is the event’s presenting sponsor; other sponsors include CIROC, Fender and M.A.C. makeup.