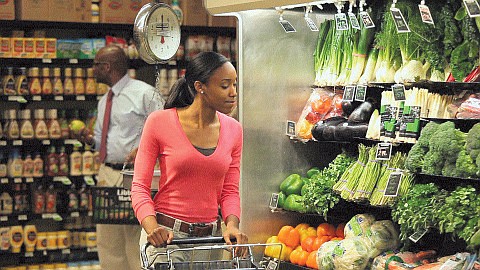 Veganism these days, has become as popular as face tattoos on SoundCloud rappers, to say the least. The surprise factor might just be that it’s not a “White thing.” Some Blacks mock veganism to be a “White thing,”or that it’s just not “Black enough.” Some Whites claim veganism to be something discovered by Whites.

Black veganism can be found in Harlem in New York City, and in Downtown Inglewood on Market Street, a culture hub of South Central. More and more Black chefs cater to a healthier lifestyle. Black vegan advocates and sisters, Aph Ko and Sly Ko who wrote the book, “Aphro-ism: Essays on Pop Culture, Feminism, and Black Veganism from Two Sisters,” discuss Black veganism and how it’s connected to colonialism. Because African-Americans were dehumanized throughout colonial times, the food they made or received (which eventually became soul food) from their masters, was something most African-Americans continue to consume today. It’s still ingrained in many, which leads to many health related issues, besides that fast food ads also targeted the Black community, and so do the many food deserts in urban cities.

It’s not necessarily that Blacks are still hesitant about giving up meat, but more so that fresh, organic produce is not accessible in many Black communities. It could also be the lack of resources and information that leaves some African-Americans confused about why animal products should be eliminated. And it doesn’t help that a White couple, who created a vegan food blog called “Thug Kitchen,” adopted a Black persona, pretending to be thuggish and from the hood, just to fool and confuse, or even worse, mock African-Americans who follow their blog.

The problem might just be, how to advertise veganism as healthy, fun, diverse, and not as boring, offensive, and pretentious?

It also doesn’t win more votes, if the well known animal rights organization, People for the Ethical Treatment of Animals (PETA) which was charged for racial, controversial campaign ads in the past, which upset quite a few African-Americans. Their ads included comparing the consumption of cow’s milk, with the support of White supremacy (since many Blacks suffer from lactose intolerance), or comparing Blacks with cattle. One other incident was the comment PETA made, by referring animal-cruel language, as racism and begged society to stop using phrases such as “Kill two birds with one stone.”

So far, 2019 has been the year of the vegan, and many famous African-Americans have joined the movement of Black veganism. Some are even part of PETA, such as rapper RZA and hip hop pioneer, Russell Simmons. Black veganism is not about fighting if it’s a “White or a Black thing,” it’s about empowering and educating the Black community and fighting to receive healthier food options in low-income neighborhoods. It’s about promoting a healthier lifestyle and showing that Blacks don’t have to hold on to colonial habits, or to foods that are causing death and health related issues. “Soul Food” can be made healthier and even veganized, a good local example is “Stuff I Eat,” which offers a variety of plant based meals and is owned by health advocate, and Chef Babette Davis.