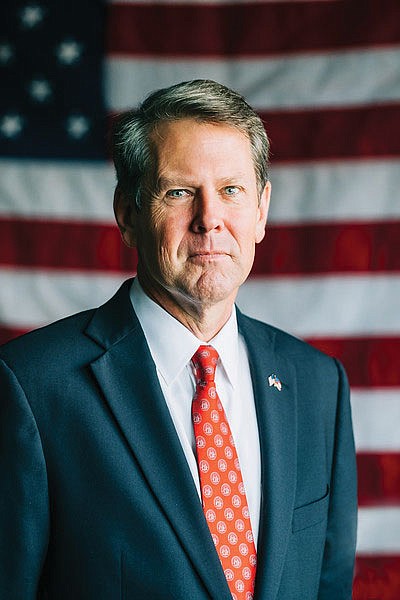 In recent years, Atlanta’s blossoming film and television production community has been labeled “Black Hollywood” (by the New York Times ). But that label is now in danger, as the state’s abortion bill – heavily supported by its Republican controlled house – has Hollywood insiders mulling a boycott of Atlanta and in fact the state of Georgia.

According to Variety, tensions are escalating over a controversial abortion bill in Georgia, so the state film office has called off a Los Angeles touting the state's industry ties, said numerous individuals familiar with the event that was scheduled for next week (May 22). Georgia Governor Brian Kemp – a Republican who narrowly won his office in a highly contested race against rising Democratic star Stacey Abrams – is pushing that event, dated for May 22 at West Hollywood’s Sunset Tower hotel. But his own party is jeopardizing the event, which was set to include meetings with top studio executives.

The change comes as show business weighs boycotting Georgia as a production hub, following Kemp’s signing of HB 481 — a bill that seeks to outlaw abortions after the detection of a fetal heartbeat. In the meantime, Kemp will pivot to try local strategy, an insider added, by embarking on a tour of state production facilities and vendors in efforts to “reaffirm” his commitment to the industry. In a statement last week, the MPAA estimated that film and television production accounts for 92,000 jobs in Georgia.

The May 22 event was to mark an annual cocktail party, known as “Georgia Night,” in industry circles. Georgia’s film office rescinded invites to studios including Disney, Warner Bros., Universal Pictures and Netflix. Former governors including Kemp’s predecessor, Nathan Deal, have attended the mixer in previous years. Heads of production and other vendors who have enjoyed Georgia’s generous 30 percent production tax rebate for years typically attend the event as well.

While Georgia officials reportedly made the move to call off the event, another knowledgeable insider said the studios have been struggling internally over supporting the state. Outspoken creators in Hollywood view the legislation as threatening to women’s reproductive rights, including producers Christine Vachon and Mark Duplass, and actors such as Alyssa Milano (a vocal proponent of women’s issues, who is living in Georgia on the set of her Netflix series “Insatiable”).

Insiders say producers J.J. Abrams and Jordan Peele will remain in the state to film their HBO series, “Lovecraft Country,” but will donate their producer fees to charitable causes supporting the suppression of HB 281 becoming law, which is set for Jan. 1 unless a higher court strikes down the measure.