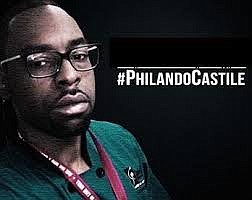 The mother of police shooting victim Philando Castile has donated $8,000 to a Minnesota high school to erase student lunch debts. The gift comes amid reignited national conversations over unpaid lunch bill in public schools and how the consequences affect kids whose families struggle financially, reports the Huffington Post.

Valerie Castile gave Cooper High School in New Hope, Minnesota, $8,000 to address the school’s unpaid lunch bills. She presented the donation on behalf of a foundation she created in honor of her son, Philando Castile, a Black 32-year-old who was a beloved cafeteria supervisor. He was shot and killed in July 2016 during a traffic stop in St. Anthony, Minnesota. The police officer that shot him was acquitted, but the city later paid a $3 million settlement to his family amid protests enflamed by a viral video taken by Castile’s girlfriend as he was dying.

The Robbinsdale Area Schools, which includes Cooper High, released a statement revealing the donation from the Philando Castile Relief Foundation, created with the family’s settlement, which reduced the school’s lunch debt by covering unpaid balances for about 100 seniors enrolled in a program that provides free and reduced-priced meals at the school. Some of those students may have had a balance accrue before qualifying for the program, the statement added.

“The impact of this donation will reach many students and allow families to focus on celebrating the seniors’ upcoming graduation,” Robbinsdale Area Schools nutrition director Adele Lillie said in a statement. Valerie Castile told NPR that the donation was made in honor of her son, who “understood that the children are the future leaders of this country.”