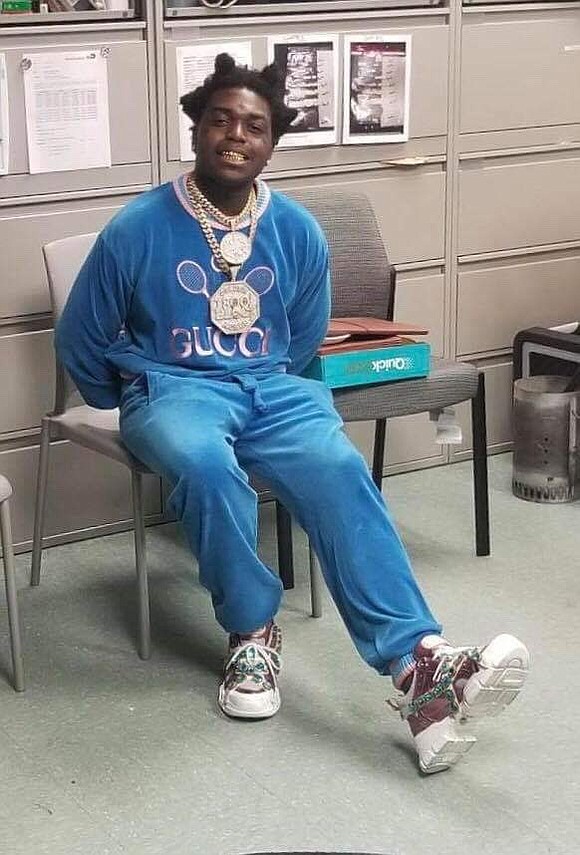 Rapper Kodak Black was arrested again, this time in South Florida at the Rolling Loud Music Festival where he was set to perform last Saturday night. The story doesn’t end there. His attorney is upset with law enforcement because someone at the police station allegedly released a photo of Black sitting in handcuffs inside the station before he was booked and a mug shot taken.

That photo was apparently “sold” to a local TV station. According to the Fort Lauderdale Sun Sentinel and Miami Herald, Black was arrested on weapons charges as he and his crew arrived at the Hard Rock Stadium in Miami Gardens to perform. A tweet posted by Brian Entin of WSVN Channel 7 showed a handcuffed Kodak Black, clad in a blue Gucci tracksuit and wearing his gold chains, sitting in what is presumably the office of one of the law enforcement agencies involved in his investigation and arrest.

According to WSVN the 21-year-old rapper will face both state and federal firearms charges and was to be booked into the Federal Detention Center in Miami. Black’s attorney, Bradford Cohen, called the photo “disgusting,” saying “I think the actions of the [police] in taking a photo of him in the police station in handcuffs and selling it or giving it to WSVN is a disgusting display of unprofessionalism.” Since Black hit the hip-hop scene in 2013, he has had numerous run-ins with the law. His latest CD, “Dying to Live,” rose to the top of the Billboard charts late last year. His real name is Bill K. Kapri and he is a native of Pompano Beach, Florida.