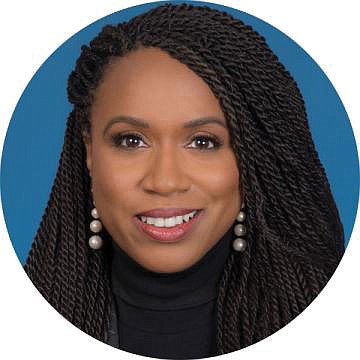 The high rate of Black women suffering complications and even death from giving birth has drawn the attention of at several African American political figures, two of which have introduced legislation to address the issue. Rep. Ayanna Pressley (D-Massachusetts) is introducing a bill on Wednesday (May 8) to address the high rate of maternal mortality in the U.S., particularly among Black women, by expanding access to health care for pregnant women and new mothers.

Pressley’s bill, which is a companion to a similar bill from Sen. Cory Booker (D-New Jersey), would extend Medicaid coverage for women for up to a year after giving birth, rather than current limits of up to 60 days after giving birth under the Social Security Act, reports the Huffington Post. The legislation ― called Maximizing Outcomes for Moms through Medicaid Improvement and Enhancement of Services, or the MOMMIES ― would also give pregnant and postpartum women full Medicaid coverage rather than limit it to pregnancy-related services.

The legislation aims to improve maternal health outcomes and specifically “close disparities that put mothers and kids of color at risk,” according to a news release from Booker’s office. The U.S. has the worst maternal mortality rate in the free world, and the risk of pregnancy-related deaths is three to four times higher for Black women than for White woman, according to the U.S. Center for Disease Control and Prevention.

“The lived experiences of Black women demonstrate how racism and trauma directly impacts the health and wellbeing of marginalized communities for generations,” Pressley, who made history in November as her state’s first Black Congresswoman, said. “Maternal justice is about ensuring that every mom-to-be is listened to and treated with dignity and respect during and after childbirth,” Pressley added. Booker first introduced his bill to the Senate last year and then reintroduced it on Tuesday. His Senate bill was co-sponsored by fellow 2020 presidential contenders Kirsten Gillibrand (D-N.Y.), Kamala Harris (D-Calif.) and Elizabeth Warren (D-Mass.).

“We simply cannot continue to accept this alarming status quo,” Booker said in a news release. “By expanding Medicaid coverage for pregnant women, we can begin to stem the rising tide of maternal mortality and close the egregious racial gaps that exist in maternal and infant health outcomes.”

The issue of maternal mortality, and specifically of Black women facing disproportionately high rates of pregnancy-related complications and death, has begun to gain wider attention among lawmakers and the public in recent years. One reason the issue gained national attention was when tennis star Serena Williams publicly discussed the difficulties and complications she faced in childbirth. Pressley was one of several lawmakers who founded the Black Maternal Health Caucus in Congress last month, led by Rep. Lauren Underwood (D-Ill.). The group aims to “raise awareness within Congress to establish Black maternal health as a national priority.”

Last year, California’s Kamala Harris introduced a bill aimed at reducing racial biases in maternal health care, called the Maternal CARE Act, which would create incentives for medical schools to educate students about racial bias in maternal health care so that it can be prevented. And last month at the “She the People” forum for presidential candidates, Sen. Elizabeth Warren laid out a plan to have medical providers’ funding be contingent on the quality of care they give to mothers, and specifically to Black mothers. “The best studies that I’ve seen put it down to just one thing: prejudice,” Warren said at the event. “Doctors and nurses don’t hear African American women’s medical issues the same way as they hear the same things from white women.”