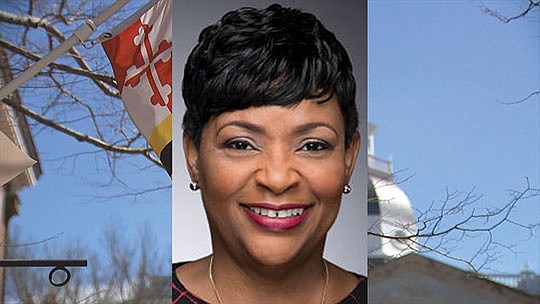 Maryland lawmakers elected the state’s first Black woman to be the state’s House speaker on Wednesday, a stunning turn of events after she had dropped out of the race days earlier to endorse another African American candidate for the powerful state office, reports the Associated Press. Before Adrienne Jones was unanimously elected during a one-day special session, the position had only been held by a White man. Jones was chosen after Democrats, who control the chamber, debated for hours behind closed doors over two other candidates, Del. Maggie McIntosh and Del. Dereck Davis. “Wow,” Jones said from the rostrum after she was sworn in. “I didn’t think I would be here today.” Jones, 64, became the unanimous choice of 98 Democrats to break an impasse. The contest between McIntosh, a progressive gay White woman from Baltimore, and Davis, a moderate Black man from the Washington suburb of Prince George’s County, had divided the Democratic Caucus. Neither candidate was able to reach the 71 votes needed to clinch the speakership in the Democratic caucus, which is traditionally where the decision has been made in a state where Democrats outnumber Republicans 2-1. “We were going back and forth,” Jones said after the vote, with Davis and McIntosh standing on either side of her. She said both former candidates agreed with her selection as an alternative. “If not, we would have still been in the caucus room, probably (until) eight, nine, ten o’clock tonight,” she said. Lawmakers were a bit stunned by the turn of events. “It’s the most incredible experience I’ve had in 28 years,” said Del. Kumar Barve, a Montgomery County Democrat. “We came to a genuine consensus, and we’re 100 percent solidly behind Adrienne, and I think that is a great outcome.” Said Davis, “There’s lots of diversity out there, and Adrienne represents both African Americans and women, so we’re able to have two groups that have historically been underrepresented, both as a presiding officer as well as in statewide office.” Del. Nic Kipke, leader of the chamber's 42 Republicans, also praised the decision. The speaker of the House is one of the most powerful positions in state government. The speaker assigns lawmakers to committees and appoints the chairs of six committees that shape legislation.