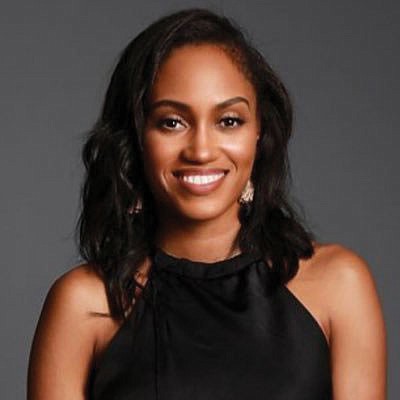 According to USA Today, Atlanta is emerging as the nation’s tech capital for Blacks. “For a growing number of African Americans, Atlanta is beckoning. Weary of coastal hubs that don’t reflect America’s growing diversity, they are packing up their lives and careers for a city with a rich history of entrepreneurship, a booming Black middle class, affordable quality of life and a small growing tech scene,” reports Jessica Guynn and Nicquel Terry Ellis of the national newspaper.

Nowhere is Atlanta's cresting wave of Black innovation more evident than at the Gathering Spot, a members-only, co-working and business networking hub on the site of a turn-of-the-century railway yard west of downtown Atlanta. Visitors never know who they might run into: Voting rights activist and former Georgia governor candidate Stacey Abrams, who narrowly lost the 2018 race, rappers T.I. and Killer Mike, the cast of “Greenleaf” from the Oprah Winfrey Network, and a who's who of the local digerati, such as Jewel Burks Solomon, who sold her startup to Amazon and now spends time and money to assist other entrepreneurs in the tech industry.

“I don't think there is a better place in the country if you’re a Black entrepreneur to be,” Ryan Wilson, co-founder of the Gathering Spot, says of Atlanta. “I definitely stand as an example of what’s possible in this city if you really stay rooted here.” Even as tech companies pour money into increasing the diversity of their work forces, African-Americans remain sharply underrepresented in tech jobs nationwide. But not in the city that’s been dubbed Silicon Valley of the South.

Though Atlanta’s Black workforce in tech is much larger, so is the equity gap. Black workers’ representation in technical positions in the region is 8 percentage points below their presence in the workforce, the Brookings Institution found. As in Silicon Valley, White men dominate the leadership of tech companies in Atlanta. Blacks make up 5 percent of executives and 11 percent of managers at area tech companies, according to regional data from the Equal Employment Opportunity Commission. And venture capital dollars aren’t much easier to come by in Atlanta than in Silicon Valley for Black entrepreneurs, as investors mostly flew through – not into – the city.

Winds have begun to shift southward, sending a sprinkling of venture capital Atlanta's way. More than $1 billion was raised in 2017 and nearly $1 billion in 2018, four times the amount tech financiers invested in the area a decade ago, according to data from the analytics firm PitchBook. Still, the volume in Atlanta barely registers on the scale of the massive wealth-generating machine of Silicon Valley, and little of that money is reaching Black entrepreneurs.

“There isn’t a lot of early-stage investment flowing into African-American startups,” says Kathryn Finney who runs an organization called Digitalundivided, which prepared Black and Latina tech founders for pitch meetings with venture capitalists. “So Digitalundivided teaches Atlanta-based founders to focus on building a solid business and then seek funding for growth.”