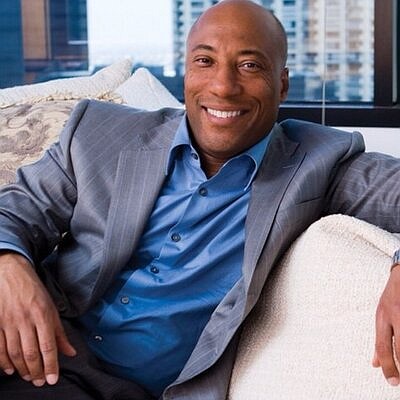 For years, Our Weekly has written about the discrimination lawsuit media mogul Byron Allen has against several major media firms. It’s possible now that the case could be heard before the Supreme Court. According to Variety, Charter Communications (a large cable company) on Friday filed a petition for the high court to review its appeal of the civil rights lawsuit Allen’s Entertainment Studios filed against the cable giant in 2016.

Allen’s case rests on a post-Civil War era law designed to ensure African-Americans were treated equally with White citizens in their ability to force contracts. Allen maintains Charter, the nation’s second-largest cable operator behind Comcast, and other major distributors have violated that claim by refusing to carry the cable channels offered by Entertainment Studios, one of the few media companies that is wholly owned by an African-American. Charter maintains that it did not discriminate on the basis of race in its decision not to carry Entertainment Studio’s suite of more than a dozen lifestyle cable channels including Comedy.tv, Pets.tv, Cars.tv and other niche-targeted outlets.

At the same time, Charter also asserts that it has a First Amendment right to take racial matters into consideration when making editorial decisions, a claim designed to counter Allen’s legal argument and the federal Ninth Circuit appellate decision that overturned a lower court’s decision to dismiss Allen’s case. Charter buttressed that claim with examples showing that racial considerations in editorial judgment are allowed by law. It cited such varied examples as Lin-Manuel Miranda’s Broadway smash “Hamilton” and the website the Root.

“Just a few examples confirm that the Ninth Circuit’s purportedly bright-line pronouncement about the relationship between race and content is elusive and incoherent. ‘Invisible Man’ and ‘The Color Purple’ would be a very different books if they were written by White men. Or to use the Ninth Circuit’s own example, forcing a bookseller to include White or Asian authors would make a hash of an editorial decision to feature only books written by African American authors,” Charter stated in its filing.

“The bookseller could make that race-conscious decision on the view that such authors have been underrepresented in the past and the bookstore’s mission is to promote such authors without regard to the substantive content of their works.” Entertainment Studios has a similar suit pending against Comcast. The company reached a settlement in another suit against AT&T and its DirecTV unit in late 2015 when the satellite broadcaster picked up seven Entertainment Studios channels. In a statement, Allen said he was “highly confident” that Entertainment Studios would prevail if the case is selected for review by the Supreme Court.

“Unfortunately, Brian Roberts of Comcast and Tom Rutledge of Spectrum/Charter have refused my offers to sit down to discuss these very serious matters. Now, we have no choice but to enter the discovery phase to depose all of their executives and business associates, as well as receive all of their correspondence/emails and contracts, to prove our cases in front of a jury,” Allen said. “Every American, elected official, civil rights organization, and the Department of Justice should be offended that the largest cable companies in the U.S. pursued a legal defense that the First Amendment allowed them to discriminate against ANY American. Comcast’s and Charter’s shareholders and Board members should find this immoral, unacceptable, and be concerned that these companies will be held fully accountable because this has officially become very serious business.”