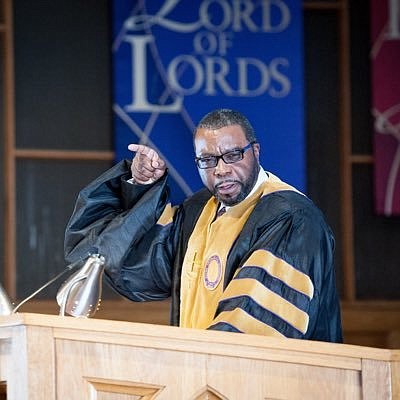 New Jersey state lawmakers and faith leaders on Thursday announced a series of public hearings probing racial disparity in police use of force after an N.J. Advance Media investigation found Black people in New Jersey were punched, kicked and pepper sprayed during arrests at a far higher rate than white residents, reports NJ.com. “The data is crystal clear," said Rev. Charles Boyer, a pastor and founder of the civil rights group Salvation and Social Justice, during a Statehouse press conference in Trenton. “What Black communities have been outraged about for decades, and given little to no credence, has once again been justified by research.”

The Force Report, a 16-month investigation published at the end of 2018, found major disparities in how police officers use force and who they use it against, as well as paltry oversight and no standard reporting practices. An analysis of five years’ worth of law enforcement data showed Black New Jerseyans were three times more likely to face some type of police force than Whites. That’s despite the fact that police officers more frequently reported White suspects showing aggressive behavior toward law enforcement during arrests, according to the data. In response, state Attorney General Gurbir Grewal and police leaders announced they would overhaul how the state tracks use of force and consider additional reforms.

Grewal, who has pushed several police accountability measures since taking office last year, said in a statement to NJ Advance Media on Thursday that his office would create “a new system to obtain police use-of-force data and to ensure that it is used in a meaningful way.” He added, “We, of course, welcome the community hearings announced today and welcome the coalition’s continued input. In order to truly get this right, we need a collaborative solution and public dialogue is critical. The attorney general is also holding “listening sessions,” along with county prosecutors and local law enforcement in response to the Force Report.

But Black lawmakers and civil rights leaders said Thursday they did not want to wait for law enforcement officials to enact changes. A series of four public hearings will collect testimony from residents in Newark, Paterson, New Brunswick and Pleasantville about their interactions with police. Members of the New Jersey Legislative Black Caucus are also weighing new legislation, including bills that would enact into law policies put in place by Grewal, such as “early warning systems” for police officers. State Sen. Nia Gill (D-Essex), a veteran lawmaker, said resources to better train and oversee police interactions with communities of color have long been on the table. The New Jersey State Police enacted many of them in the aftermath of racial profiling scandals in the late 1990s, she said, yet many reforms had not been embraced by local departments.

“We do have systems," Gill said. "They are available. Will the municipalities put them in place? They tell me it costs money, and I want to tell them the cost of lives for freedom. We will not complain about the dollar amount while Black and Brown people are subject to an oppressive, dangerous law enforcement situation.”