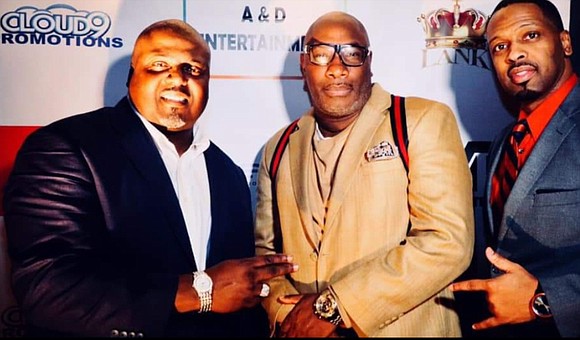 It used to be that cable was the hot choice for television programming beyond the major networks of NBC, CBS, ABC and Fox. Now streaming with choices such as NetFlix, Hulu and others is the way a lot of folks are going, especially in lieu of the rising cost of cable bills. But even with streaming, the choices don’t always speak to the consumer, especially the Black or urban consumer. That’s changing too with the advent of a new Black-owned streaming company called XOD (Xperienc On Demand).

The concept of the 24-hour TV network is that programming is totally up to the subscriber. And even better, individuals and/or companies can put their programming and content on aimed to their particular audience. For example, independent label ABC Records can air its artists’ music and videos on the network on its own channel at a price agreed upon by ABC and XOD… ABC can cater its content to the subscribers it garners. Says Domonique Mitchell, president and one of XOD’s three creators: “XOD is the television channel, network and record company with distribution for both film and music.” He adds, “XOD has licensing on almost every major streaming app and platform of which our shows air and will be available to more than 270 million household viewers in the U.S. alone, and be accessible all over the world.”

Mitchell reports that several major celebrities have already signed up to take advantage of XOD’s reach. An upcoming, streamed event will feature boxers from TMT management and the Lank the King camp on XOD on May 17 live from Memphis. The event has been dubbed the Bi-Centennial Beat Down and is presented by Floyd Mayweather’s TMT (The Money Team), the Lank the King team and Red Wing Group, which is a Black-owned promotions firm that has a history of promoting major fights. Fans of Mayweather, TMT or boxing in general can subscribe to the event exclusively at a very low price $15) compared to what cable networks have charged in the past to see major boxing events fights.

In addition to Mitchell, who has a heavy background in music and the business of music, the other major partners include Kenneth Hutchins, COO. His background includes more than 20 years in business development. The third partner is Gerald Poe Jr., CEO, who also has decades of experience as an entrepreneur, in information technology and in business development. One of his main businesses is Focus, which currently deals with FAA Certified Drone business solutions. For more information on the streaming network, go to www.xperienc.tv