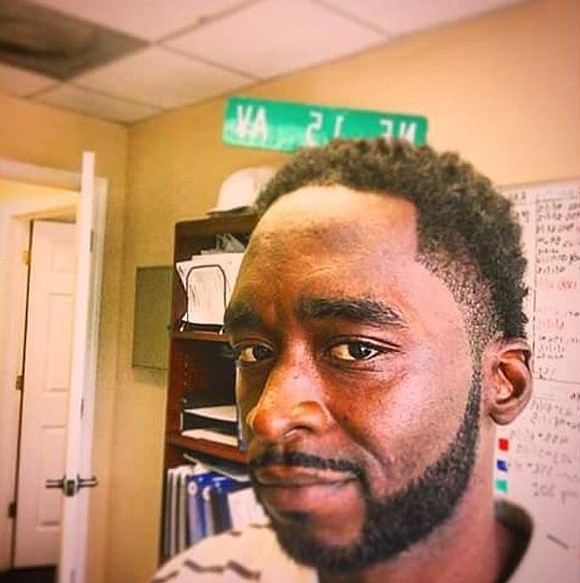 A fired Florida police officer was found guilty of manslaughter and attempted murder Thursday for the fatal 2015 shooting of a stranded Black motorist, becoming the first officer in the state to be convicted of an on-duty shooting in 30 years, reports the Associated Press. Nouman Raja, 41, now faces a mandatory sentence of at least 25 years and up to life in prison for the death of Corey Jones, 31.

The four-man, two-woman jury had deliberated for about four hours. Raja did not react as the verdict was read, while about 25 relatives and supporters of Jones looked on, some weeping quietly. One said “the sweetest sound was the click of those handcuffs” after Raja was led from the courtroom. Judge Joseph Marx set sentencing for April 26. Prosecutors said Raja, one of very few police officers across the nation to be convicted of an on-duty shooting, escalated what should have been a routine interaction into a deadly confrontation.

Working in plain clothes, he drove his unmarked van the wrong way up an off ramp, stopping feet from Jones’ broken-down SUV at 3:15 a.m. on Oct. 18, 2015. The prosecutor said Raja never identified himself and acted so aggressively that Jones must have thought he was about to be carjacked or killed. That caused Jones, a concealed weapons permit holder, to grab his gun and run as Raja repeatedly opened fire, they said.

Jones, a housing inspector and part-time drummer, had been returning home from a nightclub performance when his vehicle stalled. He had purchased the .38-caliber handgun days earlier to protect his $10,000 drum set, which was in the SUV. Raja was wearing jeans, a T-shirt and a baseball cap as part of an auto burglary investigation team when he spotted Jones’ SUV. He said he first thought it was empty, but then saw Jones inside.

Raja’s supervisor testified the officer had been told to don a police vest to identify himself if he approached a civilian. He did not. Prosecutors also questioned why Raja didn’t pull out the badge he had in his pocket. What police didn’t know at first was that Jones was talking to a tow truck dispatcher on a recorded line. That recording shows Jones saying “Huh?” as his door opens. Raja yells, “You good?” Jones says he is. Raja replies twice, “Really?” with Jones replying “Yeah.”

Suddenly, Raja shouts at Jones to raise his hands, using an expletive. Jones replies “Hold on!” and Raja repeats his demand. Prosecutors believe Jones pulled his gun and tried to get away. Raja fired three shots and Jones ran down an embankment. Prosecutors said he threw his gun, which was found 125 feet (38 meters) from his body, but Raja fired three more times, 10 seconds after the first volley.

Jones was killed from a bullet through his heart. A medical examiner testified that Jones would have dropped feet from where the fatal shot struck him. He also had been shot once in each arm. Prosecutors said Raja, not knowing of the tow-truck dispatcher recording, tried to deceive investigators. He told them in a video-recorded interview hours after the shooting that he said “Police, can I help you?” as Jones jumped from the SUV. He told investigators Jones then leapt backward and pointed his gun, forcing him to fire.

Raja said Jones ran but turned and again pointed his gun, forcing him to fire the second volley. Prosecutors charged Raja with manslaughter because they believed his actions created the confrontation and showed “culpable negligence,” meaning a “reckless disregard” or “conscious indifference” for Jones’ life. They charged him with attempted first-degree murder because they believed that while they couldn’t prove beyond a reasonable doubt which of the six shots killed him, the second volley was a conscious effort to kill Jones as he ran away.

Raja’s attorneys said Jones’ initial “Huh?” shows he identified himself — the tape picked up something unintelligible and faint. Palm Beach Gardens fired Raja shortly after the shooting. He had been under house arrest since he was charged in 2016.