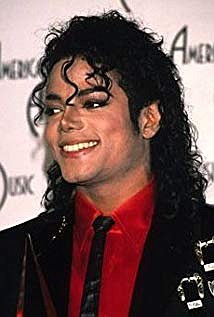 The Southern Christian Leadership Conference (SCLC) has written a letter to HBO asking the network to reconsider airing “Leaving Neverland,” the two-part film about Michael Jackson’s alleged sexual abuse of minors that’s set to premiere on the network Sunday and Monday (March 4).

According to Variety, SCLC President/CEO Dr. Charles Steele invoked the civil rights organization’s founder, Dr. Martin Luther King Jr., in defending Jackson against the documentary, which he called “an affront to his legacy” and a “posthumous lynching.”

“It troubles me that HBO/AT&T/Warner Media would lodge allegations against someone who is deceased and not able to defend himself,” Steele said in a Feb. 27 letter to HBO. “These same allegations, when raised in trial in a court of law during Michael Jackson’s lifetime, affirmed his innocence,” he continued, referring to the 2005 trial in which the two then-minors, Wade Robson and James Safechuck, now claim they were forced into lying under oath as children to protect the superstar.

The SCLC’s letter echoes the sentiments of Tito, Marlon, Jackie and Taj Jackson, who on Feb. 26, sat for an interview with CBS’ Gayle King to vouch for their belief in the late singer’s innocence. Last week, the Jackson estate sued HBO on grounds that the studio is in violation of a non-disparagement clause that was present in previous TV specials about Jackson. As of HBO’s most recent response to the Jacksons’ lawsuit, plans to air the documentary have not been changed.

“Leaving Neverland,” which garnered critical raves after premiering at the Sundance Film Festival in January, renews allegations against Jackson regarding the sexual abuse of minors at his Neverland Ranch. “I am voicing these concerns at the behest of the loyal supporters of the Jackson Family,” Steele wrote in the letter. “In the spirit of Dr. King and his nonviolence philosophy, we ask that you reconsider your decision to air this documentary.”