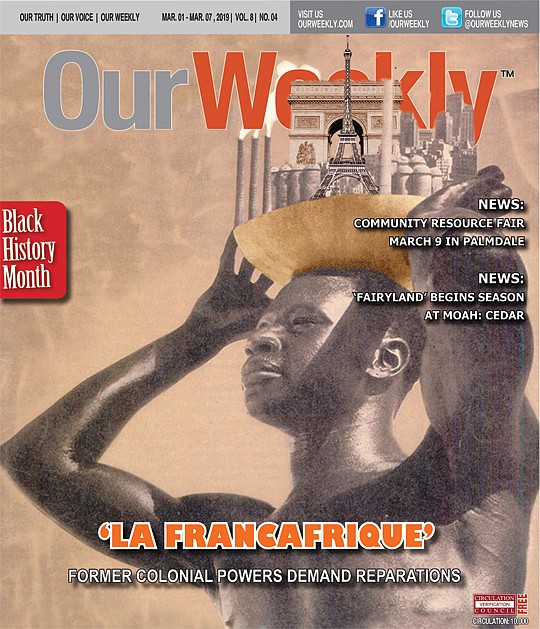 noun: the use of economic, political, cultural, or other pressures to control or influence other countries, especially former dependencies.

The above term, coined by Ghanaian President Kwame Nktumah (1960-1966), applies to the former French colonies as well. It signifies a more subtle, nuanced method of geopolitical dominion, as opposed to imperialism, which implies a more heavy-handed approach, involving martial intervention. In a landmark essay titled “The mechanisms of neo-colonialism,” from 1965. Nktumah observed that “…imperialism simply switches tactics.” Instead of using brute force, the oppressors give “independence to its former subjects, to be followed by “aid” for their development. Under cover of such phrases, however, it devises innumerable ways to accomplish objectives formerly achieved by naked colonialism.

Change in any form is usually accompanied by growing pains, and geopolitical shifts usually follow suit. Resentment over the loss of land and property was followed by a form of acting out, in which the deposed tenants damaged or ruined the physical infrastructure they were forced to leave behind. This was witnessed in Guinea, circa 1958, when resentful Frenchmen absconded to their homeland with everything not nailed down, and destroying anything left behind. Over time, this opposition became more sophisticated, as French General and later President Charles de Gaulle took a lesson learned from tactics used against his Free French forces by the Nazis in World War II. As the German occupiers used the puppet government or “Vichy” regime of French traitors to undermine their countrymen, corruptive elements within individual African states were plied with financial incentives and lavish lifestyles.

Occasionally, they resorted to the time-honored methodology of intrigue and coup d’état to remove individuals defiant to bribery. In due course, problematic people like Sylvanus Olympio of Togo (1963), and Thomas Sankara of Burkina Faso (1987) were violently eliminated. Preferably, these executions were done by proxy, using indigenous groups pliable to outside influences, but occasionally more deliberate individuals and methods are used. An an example would be the poisoning of Cameroonian leader Félix-Roland Moumié by former French Foreign Legionnaire William Bechtel in Geneva, Switzerland circa 1960, in a state-sponsored murder (at the directive of the SDECE, the French Secret Service agency).

“Without Africa, France will have no history in the 21st Century” -François Mitterrand, French President 1981 to 1995.

“We have to be honest, and acknowledge that a big part of the money in our banks come precisely from the exploitation of the African continent.” -Jacques Chirac, French President 1995 to 2007.

These immoral exploits, committed by a so-called democratic republics, were done for pragmatic purposes. Economic necessity is the driving force behind most political maneuvering from the municipal level on upto the international stage.

Currently, 14 Central and Western African countries are required to maintain a minimum $20 billion balance in French banks, as a stipulation tied to their exit from colonialism. The details of all this may be found via copious research on the internet, although little documentation is on the major news agencies, leading some to level changes of a cover up, while others dismiss it as another yarn of conspiracy. Alas, many of France’s leading lights confess in rare moments of candor, evidenced by the above quotes. As the millennium is underway, the African pot is much sweeter, with renewed discoveries of petroleum deposits, and unearthing rare minerals like coltan, essential for the manufacture of cell phones and other devices. From this, the allegory “Africa bleeds while France feeds,” is derived, with little exaggeration. The positive qualities that drew Europeans to this land of treasuries are the same traits which keep it in a state of dysfunction as the world lines up to leech off the Mother Land.