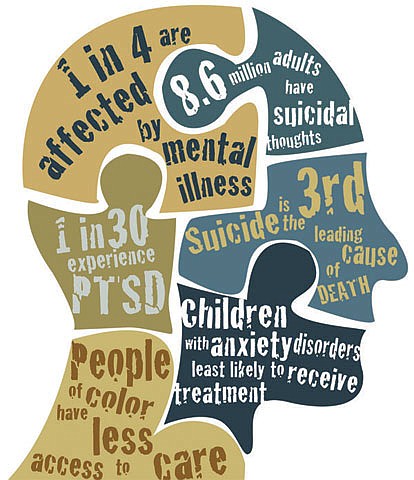 The Board of Supervisors voted this week to pull back some funding for a widely criticized downtown mental health jail, but stopped short of canceling work related to the project.

During a meeting to finalize the 2019-20 county budget, Los Angeles County Chief Executive Officer Sachi Hamai made a last-minute recommendation to allocate just $30 million to the project as the board continues to evaluate its alternatives. The budget originally called for $121.7 million and Hamai suggested setting the balance aside in a reserve account.

Supervisor Hilda Solis proposed holding back all $121.7 million until July, when some additional information is expected to be available. She later withdrew that motion when she unable to garner sufficient support.

The debate was prompted, at least in part, by a draft plan presented to some of the board offices.

Solis said that plan downsized the number of jail beds to 2,500 from an originally anticipated 3,885 beds and raised a number of questions that she couldn’t get answered. Solis also objected to a plan to divert cases from the central arraignment court at Men’s Central Jail to a courthouse in East Los Angeles during construction, saying her constituents were never consulted.

Hamai warned that not allocating any money to the project would put the county in breach of its $53.5 million contract with McCarthy Building Cos Inc., a contractor working to set the scope and cost of the downtown facility.

Supervisor Janice Hahn, who co-authored the original February proposal for a mental health treatment center with Supervisor Mark Ridley-Thomas, said she was also disappointed in the initial presentation.

“The plan that I’ve been presented with recently is not what I envisioned,” Hahn said, adding she thought only three of the five supervisors had been briefed on the plan at all.

The board has a total of nine reports pending that are expected to inform their final decisions on the jails plan, some of which Hamai said won’t be available for review until the end of the year. The CEO predicted that delaying a decision to July would likely result in a series of postponements.

“I’m not exactly sure where this board is going,” Hamai said.

Supervisor Kathryn Barger stressed that the plan was an early draft and urged her colleagues not to kill the project, but to instead work toward a better solution.

“I know that your vision is something I share and that is a humane place for people to get mental health services in a locked facility,” Barger said. “This is by no means perfect, but at the same time we have a responsibility to make a decision.”

McCarthy is contracted to work through March or April of next year, at which time a final plan would be presented for the board’s approval. No groundbreaking would take place prior to that, according to the CEO.

Criminal justice advocates urged the board to stop work on the project now.

“If this facility is built, those of you who support it will be voted out of office,” a representative of White People 4 Black Lives warned.

Many, including Peter Eliasberg of the American Civil Liberties Union of Southern California, have called the planned downtown facility a jail masquerading as a hospital, saying its size alone will make quality mental health care impossible.

Mark-Anthony Johnson of Dignity & Power Now told the supervisors that custody-based mental health treatment has been proven a failure. He objected to the board’s waiting for numbers from the Sheriff’s Department to inform its planning.

“He’s not interested in the human rights of our people,” Johnson said of Sheriff Alex Villanueva.