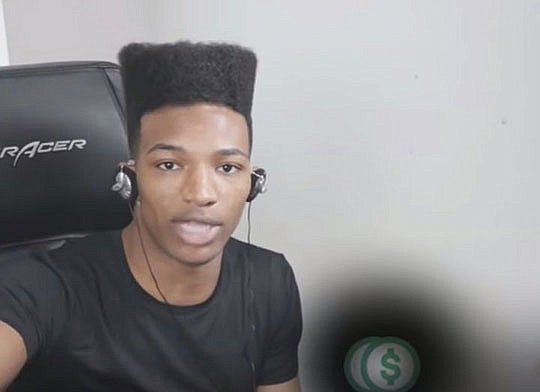 Desmond Amofah, known as Etika on YouTube, went messing several days ago, and tragically was found dead in New York City’s East River, reports the Huffington Post. He was a popular YouTube star and online gamer.

The 29-year-old’s body was recovered from New York City’s East River on Monday evening, reported the New York Post. Police confirmed the news on Twitter Tuesday. Amofah had posted a since-deleted YouTube video last week in which he expressed suicidal thoughts and regret and discussed mental illness. He was reported missing immediately after the video appeared.

“Let my story be one that advises caution on too much of the social media sh*t man, it can fk you up,” he said in the video that showed him walking around the city. “Unfortunately, it consumed me. I hope that my story maybe helps to make YouTube a better place in the future where people know boundaries and limits and how far things should go.”

His personal belongings, including his cellphone and a Nintendo Switch, were later found on the Manhattan Bridge, which spans the East River, reported the Post. Amofah began creating YouTube videos in 2012 and he amassed more than 75,500 subscribers. His Instagram account had more than 262,000 followers. Signs of emotional struggle surfaced in October when he abruptly deleted his YouTube channel after posting cryptic messages on Reddit that ignited concern about his well-being.

He returned to say that he had shut down his channel amid issues with YouTube’s rules as well as his mental health. He said he was assessed by doctors and given medication for anxiety, which he said he didn’t need. In April, police were called to his Brooklyn home in response to calls about him being in distress while he was live-streaming on Instagram. After initially refusing officers’ entry, he was transported to a nearby hospital for evaluation, video game website Kotaku reported.