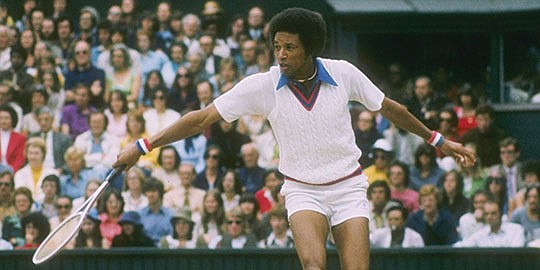 Arthur Ashe’s hometown of Richmond, Virginia, as renamed a major thoroughfare after him. According to the Richmond Times Dispatch, thousands of people assembled to celebrate the formal renaming of Arthur Ashe Boulevard. Also on hand were several political figures, including Congressman John Lewis (D-Georgia), who urged the crowd to remember Ashe’s legacy.

U.S. Sen. Tim Kaine, former mayor of Richmond called the renaming “an act of healing.” Ashe was the first African American player selected to the U.S. Davis Cup team and the only Black man to win the singles title at the U.S. Open, Wimbledon and Australian Open. This isn’t the first time Richmond has recognized Ashe. The city has an athletic center named after him and a bronze sculpture of the tennis star. The street renaming has been in the making for more than 25 years since his death in 1993.