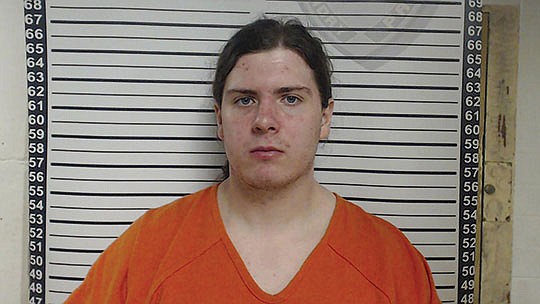 A man suspected of setting fire to three historically Black churches in Louisiana has been indicted on federal hate crime charges, the Justice Department announced Wednesday, reports the Huffington Post.

Holden Matthews, 21, was indicted by a federal grand jury on three counts each of using fire to commit a felony and intentionally damaging a religious property, the latter of which is classified as a hate crime under the Church Arson Prevention Act of 1996. Matthews had already been hit with state arson and hate crime charges after he allegedly used gasoline to set fires at three churches in the area of Opelousas, about 60 miles west of Baton Rouge, in late March and early April. He pleaded not guilty to those charges on April 15.

Authorities believe he set the fires because the congregations of those churches were predominantly and historically Black. If convicted on the three federal hate crime charges, Matthews faces up to 20 years in prison per count. Additional decades could be added for the other charges. “Attacks against an individual or group because of their religious beliefs will not be tolerated in the Western District of Louisiana,” U.S. Attorney David Joseph said at Wednesday’s press release.

“Churches are vital places of worship and fellowship for our citizens and bind us together as a community. Our freedom to safely congregate in these churches and exercise our religious beliefs must be jealously guarded.” Matthews, the son of a St. Landry Parish sheriff’s deputy, was initially investigated over his penchant for “Black metal,” as State Fire Marshal H. “Butch” Browning characterized it in April. He later noted Matthews’ interest in the movie “Lords of Chaos,” a biopic about Norwegian Black metal singer Varg Vikernes, who in 1994 was convicted of murder and arson for burning down churches, according to Buzz Feed.

The three churches ― St. Mary Baptist Church, Greater Union Baptist Church and Mt. Pleasant Baptist Church ― received waves of monetary support in the days and weeks after they burned. The fires destroyed decades’ worth of historical records and razed the structures, reported the New York Times.