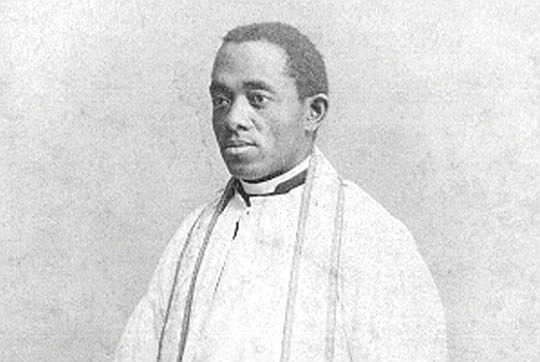 The Rev. Augustus Tolton, who was born a slave in Missouri in 1854, will be known as “venerable” due to the papal decree, which the Vatican announced on Wednesday. Father Tolton — who studied at a seminary in Rome after being rejected by every American one to which he applied — was ordained in the Italian capital in 1886 and served in Chicago, where he oversaw the construction of a church for Black parishioners on the city’s South Side and where he died of heat stroke in 1897.

Before Father Tolton can be declared “blessed,” the next step in the path to sainthood, the Vatican has to rule that a miracle — a medically inexplicable recovery from an illness — occurred after devotees prayed for his intercession with God. A second such miracle, occurring after beatification, would be required before he could be canonized as a saint. According to Britain’s Catholic Herald, two possible miracles attributable to Father Tolton’s intercession have already been referred to the Vatican.

There are about 3 million Black Catholics in the U.S., according to the United States Conference of Catholic Bishops, out of an estimated 71 million Catholics in the country. There are eight active African-American Catholic bishops, six of them heads of dioceses, and 250 African-American priests. In April, Pope Francis named Archbishop Wilton Gregory as the new archbishop of Washington, D.C., making him the first African-American to hold the post. All previous archbishops of Washington have been made cardinals, so Archbishop Gregory is likely to become the first Black American to join the College of Cardinals.