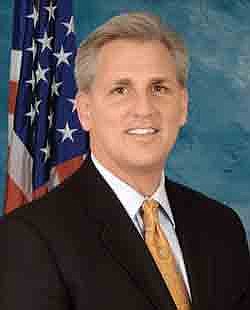 December 13, 2018 marked a momentous day in American space history. For the first time in nearly a decade, Americans traveled to space on-board a spacecraft built in America, but this time they lifted off from the California desert. Most impressively, this was not a government mission. This feat was accomplished by a private entity with a groundbreaking vision to expand horizons and ignite space travel opportunities.

Nearly every aspect of our modern lives touches space. From financial services and navigation, to science, weather, farming, entertainment, and aviation; the use of satellites is seamlessly integrated into our daily routines. Similarly, our military relies on space to decisively project power and protect national security. However, amidst the excitement and revival in space travel, the U.S. and our allies face competition from foreign countries for maintaining military, civilian, and commercial dominance in space.

China and Russia have deliberately developed weapons and taken steps to directly challenge American space dominance and leadership. Space is woven into the very fabric of our American way of life, but we must not allow it to become our Achilles heel. For this reason, I applaud President Trump for leading the discussion on American space dominance and for reviving the National Space Council to focus on national policy and strategy to ensure the United States remains at the cutting edge in space technology. I also support our Commander-in-Chief’s decision to establish the Space Force as a new branch of the U.S. Armed Forces, which will unify and focus our efforts in space to ensure unfettered access to and freedom to operate in space, and maintain our military superiority over China, Russia, and other foreign nations.

As the Space Force takes shape, it must focus on innovation and it must be nimble if we are to retain our dominance in space and remain ahead of emerging threats. Kern County demonstrates the storied history of inspiring remarkable individuals towards ground-breaking achievements, seen across the California space industry. It was here, Chuck Yeager first broke the sound barrier, where engines were developed that rocketed astronauts into space and to the Moon, and where the world’s largest aircraft was built and flown by a private company with a vision to revolutionize access to space.

Across generations the innovative men and women at Edwards Air Force Base, the Naval Air Weapons Station China Lake, NASA’s Armstrong Flight Research Center, and the Mojave Air and Space Port have solved some of our nation’s greatest security challenges and pushed the limits of human travel on earth and in space because they embrace a culture of courage, confidence, and grit. It is pioneers such as these who demonstrate that Americans still possess the qualities and conditions necessary for achieving greatness and who would be invaluable assets for the Space Force.

We are a nation that has never been afraid to confront a challenge head on, and today is no different. As we enter this new chapter in American history, the Space Force under the bold leadership of President Trump will continue to protect our vital U.S. interests in space, maintain our military superiority in space, and ensure the security of the American people and our way of life. I am confident the men and women of Kern County and California will continue to play a larger role in these efforts for our nation as this new chapter in America’s history begins.

Rep. Kevin McCarthy (CA-23) is the minority leader of the United States House of Representatives.