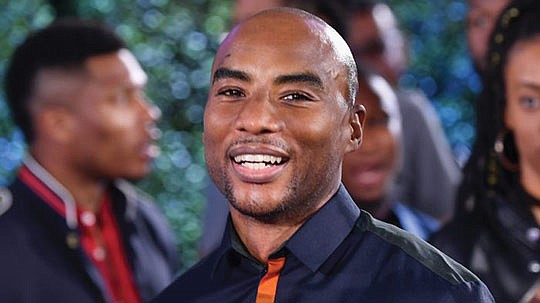 Many years ago during a live televised fundraiser for victims of Hurricane Katrina, Kanye West went on the air and suddenly shouted that then President George Bush didn’t care about Black people. And in today’s world, more and more people are saying that about current President Donald Trump. The latest to air his opinion is popular radio personality Charlamagne Tha God. He blasted President Trump on Monday, claiming that he doesn’t “give a damn about Black people.”

Appearing on MSNBC, Charlamagne was asked why the president attacked Rep. Elijah Cummings (D-Maryland), and he responded, “Because he’s a racist. The “Breakfast Club” host, however, acknowledged that Baltimore “is in bad shape,” but placed blame on “systemic racism,” “oppression” and “marginalization.”

Added Charlamagne, “ He told MSNBC anchor Stephanie Ruhle. “Once again, it’s just systemic racism and oppression. That’s the only reason he’s having this conversation, but we’re letting him distract from the fact that it started with the kids at the border. Don’t let him change the subject so easily by talking about Baltimore, because Donald Trump don’t give a damn about those Black kids in Baltimore or those Brown kids at the border. Let's be clear on that.”

Charlamagne, who has hosted several 2020 Democratic candidates on his morning show, later suggested that he wouldn’t sit down with President Trump. “I just don’t feel it would be a productive conversation. That would be a conversation for entertainment purposes," Charlamagne said. "It would be great, you know, publicity for our show. It would be great ratings-wise but he doesn’t really need to be sitting down with me, he needs to be sitting down with the Elijah Cummings of the world, and the Maxine Waters, and the John Lewises and you know the people who actually have a stake in this country in that way.”