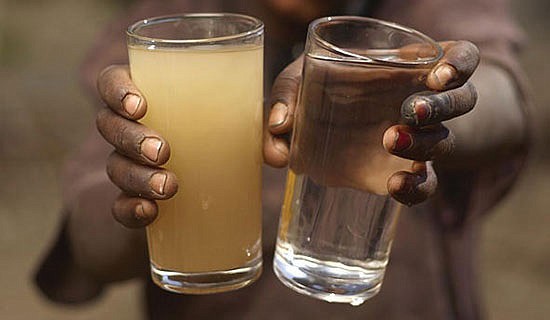 California has long led the nation with its sweeping environmental policies, from strict recycling laws to ambitious plans for alternative energy use throughout the state.

But in an ongoing debate that has exposed a striking divide among Democrats, these so-called green policies have prompted a backlash from an unlikely camp: civil rights leaders.

Among the top concerns being raised about these policies is that they will increase financial hardship among the poor by driving up prices on everything from utilities to consumer goods. The increased costs, critics say, are akin to a regressive tax, since the poor and even middle-income earners will pay a higher percentage of their income to cover those costs than the more affluent.

Critics have other notable concerns. They say that while high-profile causes like recycling targets are important public policy goals, government officials and mainstream environmental groups too often focus on those causes to the exclusion of environmental risks that plague communities of color in many American cities.

The environmental hazards afflicting the nation’s inner cities are significant and include risks like contaminated water and former industrial sites, particularly those known as brownfields. Many civil rights leaders have come up with a term to describe the lack of urgency in dealing with urban environmental ills: environmental racism.

The expression refers to the impact that the tortured history of segregation and poverty have had on the nation’s environmental agenda. It essentially asserts that African Americans, Hispanics and other minorities live in communities whose environmental dangers have been largely neglected.

To many civil rights leaders, the drawn-out and unfocused response to the 2016 crisis of lead-polluted water in Flint, Michigan, a largely poor and African American community, is a vivid example of environmental racism.

In California, perhaps no greater example of the divide between mainstream environmentalists and civil rights leaders is an ongoing legal dispute in state court in California over a law enacted last year that requires utility companies to generate all their electricity from carbon-free sources.

The law was widely praised by many environmentalists and Democratic leaders as a strong step toward reducing carbon emissions, which climate experts have linked to a dramatic rise in temperatures throughout the planet.

But just months after the law was enacted, civil rights groups filed a lawsuit aimed at reversing it. Their argument is that the law’s implementation will result in higher electricity costs that will hit residents in the state’s poorest communities the hardest.

The concerns being raised about the law come at a time Californians already pay 60 percent more for electricity than do residents elsewhere in the nation. High electricity costs also impact business siting decisions as well. In the late 1990s, in the midst of the energy deregulation debate, for which California was a leading battleground, businesses were forced to give serious pause when considering locating in the state. While it is difficult to capture and quantify the decisions of those businesses who never come, Toyota's 2015 decision to depart California for Texas reflects the bread and butter issues that employees face with their monthly budgets.

Though the cheaper cost of housing in Texas was the rationale given when its workers were surveyed, many have made clear that energy costs as a percentage of monthly housing cost expenditures often play a significant role in their calculations. Given the new state law’s emphasis on intermittent, non-fossil fuel energy sources like wind and solar, California residents fear measurable hikes in their energy bills.

But another concern is that businesses will relocate to lower energy cost states, thus taking the very jobs that residents need in an already extremely skewed income-disparate economy. Indeed, if one wanted to intentionally accelerate gentrification, another issue that speaks to the divide between African Americas and progressives, what better way than to increase monthly utility costs in low and middle communities? Unfortunately, even the unintended consequences of well-meaning policies and initiatives can produce the same effect.

The division between these two progressive camps is now also playing out in a debate over proposed legislation in Sacramento that would require plastic bottles to be made with 75 percent recycled plastic by 2030, with gradual increases in the recycling mandate along the way.

Supporters argue that the bill would ensure that California’s overall plastic use is reduced. But a number of consumer advocates worry that consumers — including low-income Californians, particularly those in African American and Hispanic communities — would have to shoulder the burden that the bill would prompt as companies pass along the new manufacturing costs through price hikes.

Thus, concerns have been raised that the bill would unintentionally discourage bottled water consumption, even as research shows that drinking sufficient amounts of water is a key element for better nutrition.

Critics of the legislation note that there is troubling irony in that the legislation is being proposed even as surveys have shown that that African Americans and Hispanic Americans are more inclined to drink bottled water than other ethnic groups.

With African Americans and Hispanics making up more than 60 percent of Californians suffering from obesity, some advocates say raising new barriers to healthy drinking options could put these individuals at an even greater risk of developing a more serious chronic condition like diabetes.

All this has prompted some advocates to call on lawmakers in Sacramento not to rush any effort to approve the bill. Though the bill has passed the Assembly, opponents intend to press the Senate to be deliberative, cautioning that more time and study are needed to better determine the potential adverse effects the legislation may yield.

“We cannot afford to remain silent when this bill is going to come down hardest on our communities of color,” said Edwin Lombard, president of the California Black Chamber of Commerce. “California lawmakers need to finally address the very real concerns that black Californians have been raising for years about these environmental issues before rushing into any new policies.”