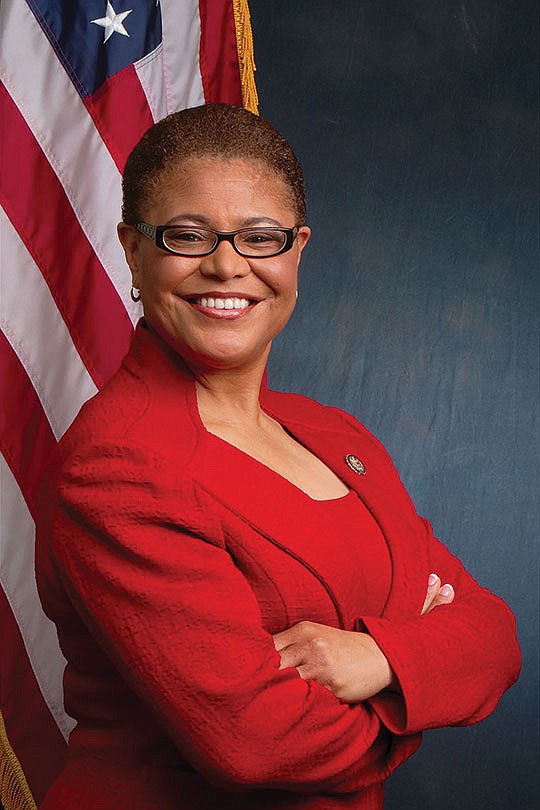 The non-profit organization Community Coalition (CoCo) in South Los Angeles has been in existence since 1990 after its founding by Rep. Karen Bass (CA-37), chair of the Congressional Black Caucus. During a time of homicides, drugs, and gang violence, change was desperately needed, especially to protect the youth of South L.A.

CoCo has provided a hub to elevate South L.A.’s voice and empower residents to take control over the future of their neighborhood and to build a healthier South L.A. with safe neighborhoods, quality schools, and a strong social safety net.

CoCo’s past achievements have been the closing of various liquor stores in South L.A. that have been a magnet for crime and addiction, as well as proposing new policies to stop excessive punishment for minor drug offenses.

The team of CoCo advocates for smart and effective crime-reduction strategies that focus on prevention and alter the social and environmental conditions that foster crime. They have reduced youth and gang violence by developing innovative prevention programs and pushed for public investments to transform parks into safe and healthy public places in the South L.A. neighborhoods. They work to empower everyday residents to come together, find solutions, and lead the change in their community, according to CoCo’s website.

However, CoCo is not just a social-justice organization. It is also part of the powerful Schools and Communities First statewide coalition, as well as in partnership with more than 270 endorsing community organizations, labor unions, business leaders, philanthropic foundations, and elected officials.

As the chief operating officer at CoCo, Corey Matthews wears many hats. The nonprofit executive, who has more than 10 years of experience in the design, evaluation and leadership of community-based programs in a variety of social policy arenas, is not just passionate about addressing issues urgent to society, he’s dedicated to achieve a change. The South L.A. native is responsible for developing the process and assistance to guide strong operations for all of CoCo’s programs and strategic initiatives.

“We started to find the best ways to mobilize community members and organizations to work together and transform the conditions of poverty and substance abuse in the community. So we started to be a power building organization through community based organizing,” Matthews said. “We’ve had a ton of different wins in South L.A. one of the things that is most notable is our ability to have combated the rebuilding of liquor stores in South L.A. following the L.A. uprising in 1992. We were really adamant about the over concentration of liquor stores in the community.”

CoCo gets funded through different sources, such as public sector companies, private foundations, as well as individual donors.

According to Matthews, CoCo did significant work in criminal justice- and bail reform. Proposition 47 was pushed and allowed to be passed through their statewide alliance work. One of their main focuses is also the deconcentration of tobacco and smoke shops in South LA, as they succeeded with many liquor stores. Another aspect is to find the best way to revitalize land that has been vacated.

“The ultimate goal for Community Coalition is for the community themselves—everyday members and residents—to develop leadership and the voice they need to essentially write their own vision for the community and to master the power that’s necessary in order for them to make the change they want to see in their community,” Matthews said.

But that’s not all.

“We do a lot of work around violence prevention and the reality of guns in schools and substance abuse. Areas like foster care and homelessness have impacted students,” Matthews explained. “We work with community members and parents and young people to voice the concerns that are plaguing South LA schools. We do a pretty good job of being very comprehensive about all the assets just to ensure the students can learn everyday.

“And that’s very important because our community knows police presence is very heavy and concentrated, so it’s important for us to equip our young people with the knowledge they need in order to navigate that dynamic.”

One of their main focuses, is their youth program South Central Youth Empowered thru Action (SCYEA) which is dedicated to the African-American and Latinx youth, who work together to improve the conditions of their neighboring schools.

Kimberly Carrillo, a youth leader at Fremont High School, said she first heard of SCYEA through her school.

“I was born and raised in South LA so I’ve been here my entire life,” said Carillo, a senior at the South LA campus. “I started off being a leader for myself and my family. I’m the eldest, I have four other siblings so of course I gotta take care of them, [give them] guidance and advice. And even in school, I organize events, and for some policies I had to get educated first.” Carrillo said, “I joined many different programs in my school so I guess the most important thing for me was when I went to Sacramento, I spoke to legislators.”

The ultimate goal for her is to create change in her community and around South L.A., so everyone has equal opportunities. .

“For the community to get better with everything that happened, it might not resolve all over time,” Carrillo said, “but especially the youth. With motivation, they can do better and pursue higher education.”

Growing up in the ‘80s and ‘90s in South LA was a different experience from most regions of Los Angeles County. Miguel Dominguez, director of Youth Programs for CoCo, knows that all too well. His parents migrated from Mexico to South LA to give him and his brothers a better life and to live the American Dream, that appeared unobtainable, although they worked hard their entire lives.

Dominguez got first affiliated with CoCo through UCLA, where he started his activism on campus to fight for diversity in regards Black and Brown students. He continues his commitment to improve the quality of education for students in South L.A. as well as other low-income communities around L.A.

“I always like to start my story with my parents. My parents always have the best intentions. And they always pushed us to do our best but they didn’t really understand some things,” Dominguez said. “I wanted to do more community—based stuff. I’ve been here for six years now and I started off with the youth organization, working with young people. I’m definitely personally invested in the work I do, because I still have family in South L.A.”

The youth program has a foundation of 60 youth leaders that receive additional political education, direct services at the organization’s headquarters, as well as leadership development.

Important issues that SCYEA focuses on include a supportive school climate, educational and career opportunity, youth justice, addressing the school-to-prison pipeline, and economic equity as mirrored in how communities are prioritized and resources are distributed. Students are pushed to reach their full potential, and become advocates who represent change and prepare themselves for college to be successful in the current economy.

CoCo President and CEO Alberto Retana, who followed in the footsteps of Councilmember Marqueece Harris-Dawson and Congresswoman Karen Bass, is beyond proud of SCYEA’s youth leaders. He believes in the future of South L.A. and the change that lies in the hands of South L.A. Youth.

“The most important thing they’re doing is bringing their voices to the table.” Retana said. “Oftentimes, as adults we don’t listen to young people or don’t think they have the capacity or don’t believe that they care but that’s quite further from the truth and our youth program is an example of young people that do care.