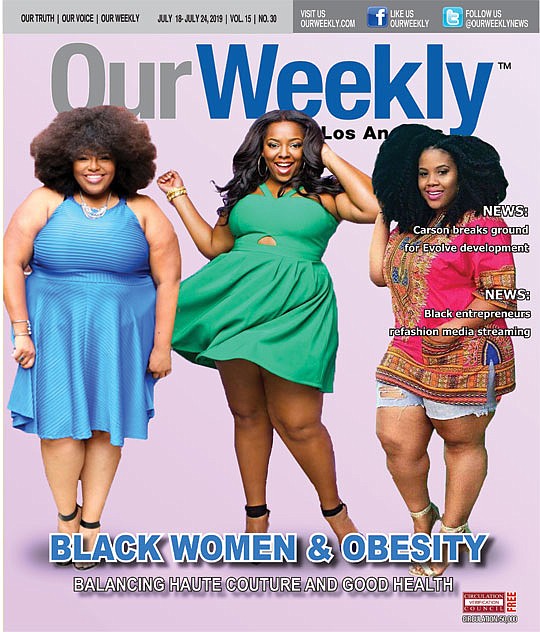 Research like this also suggests that, as a culture, the majority of African-American women see no harm in being too vain to take accountability for their health. The 1992 hit, ‘Baby Got Back,’ by Sir Mix-a-Lot, highlighted the fact that many Black men embrace full-figured black women, despite contrary beliefs:

so find that juicy double

The old-school rapper went on to say, “So Cosmo says you’re fat,

Well I ain’t down with that

‘Cause your waist is small and your curves are kickin.’”

Songs like this and others inspired Black women to love the skin their in and to be proud of their “thickness” because men appreciate rolls, curves and big bottoms. For years, many R&B, Hip Hop & Rap musicians have type-casted the women they have in their music videos. And more often than not, the video vixens usually have a small waist, thick hips, thighs and a big butt. Black women who aren’t “thick” or “curvy” are going great measures to achieve this look. The American Society for Aesthetic Plastic Surgery reports that ‘cosmetic augmentation among black people increased 56 percent between 2005 and 2013, and is still rising.”

Richard White, M.D. physician, specializing in internal medicine and research at the Mayo Clinic in Jacksonville, Fla., has studied the correlation between health literacy and the effect is has on chronic health disease and obesity in underserved communities.

“It’s really going to require the African-American community to come together as a unit to really say, ‘you know what? this is our health as a community, this is something that we’re going to take the initiative and interest to improve ourselves and not necessarily rely on outside or external forces to try and make it happen for us,” White said. He encourages his African-American patients to take a personal inventory of their lives and take accountability for the foods they are consuming and the decisions they make in regards to physical activity.

The lure of fatty food

“I think that we can create in our community a mentality that this is something that we don’t have to accept,” he added. “We have the collective energy as a community and as a culture to push back and to really make changes.”

In most African-American gatherings and celebrations, food is the highlight of the event and often sought out as the most important. The problem is that calorie-dense foods that are rich in flavor—but lack vital nutrients—are usually presented as a way of fellowship with little to no portion control.

“The thing that I really feel passionate about is empowering, particularly our African-American community to really understand the influences that have been propagated from across the culture that have led to poor health outcomes,” White said. “There’s a social injustice that’s being propagated towards us as a community.”

Researchers speculate whether this may be the first generation to not outlive their parents, considering the alarming numbers of obese children, who later become obese adults. There is a psychological approach to preventing obesity and it is the responsibility of the parent(s) to have candid discussions about what children should put into their bodies and what foods are important to consume in moderation.