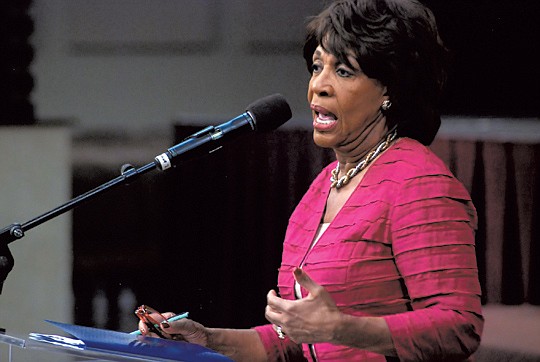 At a full Committee hearing entitled, “Diversity in the Boardroom: Examining Proposals to Increase the Diversity of America’s Boards,” Rep;. Maxine Waters (CA-43) chairwoman of the House Committee on Financial Services, gave the following opening statement:

“Today, this committee convenes for a hearing on the lack of racial, ethnic and gender diversity on federal and corporate boards.

“Strong diversity in the boardroom is critical to continued U. S. competitiveness and to ensuring that consumers of all backgrounds are served and not excluded. Unfortunately, corporate and federal boards are not living up to their responsibility to reflect America’s rich diversity.

“According to the Alliance for Board Diversity, over 80 percent of new board directors at Fortune 500 companies in 2017 were white males. The Federal government also has a long way to go. For example, our own Federal Reserve System has been in existence since 1913, but it wasn’t until 2017 that Raphael Bostic became the very first African-American and first openly gay man to serve as a Federal Reserve Bank president.

“At the same time, America continues to become more demographically diverse. According to the 2018 Census projections, youthful minorities will be the leading source of future workers, taxpayers and consumers.

“In our May 1 Diversity and Inclusion Subcommittee hearing entitled, “Good for the Bottom Line: Reviewing the Business Case for Diversity,” we set the record straight that highly inclusive companies:

Rate themselves 170% better at innovation; and

“Despite the clear benefits of inclusivity and diversity, white males still remain in the majority of seats on corporate and federal boards. Women of color in particular have been excluded from participation on boards. Although some reports show that the percentages of women on boards may be increasing, the raw numbers reveal that compared to white males and white women, African-American, Asian and Latina women still have the fewest seats. In order to understand these trends, we must continue to have access to board diversity data.

“Diversity is one of the best investments a company can make. Diverse boards help intentionally guide companies and industry toward business solutions that maximize returns on that diversity investment.

“Before us today are witnesses who can share perspectives on the status of board demographics. I look forward to drilling down on the current state of board diversity and discussing solutions so that more women and minorities can be appointed to board seats.”

Rep. Maxine Waters (CA-43), is the chairwoman of the House Committee on Financial Services.