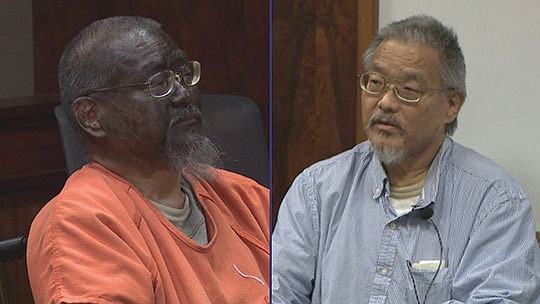 A man in Hawaii wore black face and delivered a racist rant when he appeared in court for sentencing after being convicted of attempted murder and assault, reports the Huffington Post. During his rant, he compared himself to a Black man. “The reason why I’m like this is because I prepared myself to play my part in your kangaroo court, treating me like a Black man. So today I’m going to be a Black man,” said Mark Char as he stood before Circuit Court Judge Todd Eddins. Hawaiian officials told KITV that Char appeared to have obtained a permanent marker to blacken his face. Before his court appearance, he refused requests from officials at his prison to remove the black from his face, reports KITV. Eddins sentenced Char to life in prison with the possibility of parole. While driving on Hawaii’s H-1 freeway in 2016, Char attacked another driver and his passenger with pepper spray before stabbing them, severely wounding the driver. Char also assaulted a third person, who had tried to intervene in the road rage incident. In court during his trial, Char claimed that the attacks were in self-defense. He was convicted on three counts of attempted murder and assault earlier this year. During his sentencing, Judge Eddins told Char that the was a “menace to society.”