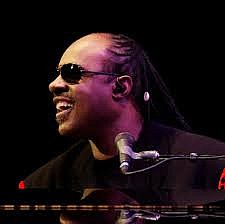 Legendary R&B singer Stevie Wonder is taking a break from touring to undergo a kidney transplant, reports Variety. Wonder shared the news Saturday during his performance at the British Summer Time Hyde Park music festival in England. He told the crowd that he would still be performing in three more shows before undergoing the procedure in September.

“So what’s gonna happen is this: I’m going to have surgery. I’m going to have a kidney transplant in September of this year,” Wonder said. “You ain’t got to hear no rumors about nothing; I told you what’s up — I’m good.” Wonder also confirmed that he already has a donor for the procedure. “I’m all good; I’m all good; I’m all good. I have a donor; it’s all good,” he said. “I want you to know I came here to give you my love and to thank you for your love.”

Wonder performed a number of classic songs, including such hits as “For Once in My Life” and “Master Blaster.” The singer’s appearance was the second of five major concerts at the park.