Patti LaBelle gets street named after her in Philly 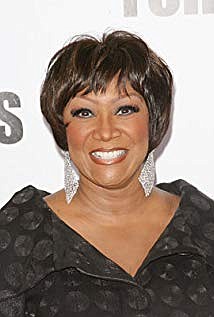 On the road of life, there is the right way, the wrong way, and the Patti LaBelle Way. Last Tuesday evening, the legendary soul singer Patti LaBelle was honored by her hometown, which named a street after her, reports WHYY.org. The 200 block of Broad Street is now Patti LaBelle Way. A street sign making it official has been erected at the corner of Spruce Street, just across from the Kimmel Center for the Arts. “My sister Jackie worked at PIR [Philadelphia International Records] right on this street. She walked it every day,” LaBelle said. “My niece Stacey had a house right here. My mother and father, before they passed, would walk this street. OK?” The street designation was part of a long list of events this week coordinated by the Wawa Welcome America celebration around the Fourth of July. A few hundred people gathered to watch as city officials swooned over her. “For the span of her career, Patti LaBelle has been a star, an icon and a legend,” said Mayor Jim Kenney. “She has always stayed true to her roots as a Philadelphian. She’s proud to be from Philadelphia.” Several members of the City Council presented an official city proclamation. “We’re not going to read it,” said Councilman Mark Squilla, “because the most exciting thing is waiting for Patti to come up.” LaBelle did not disappoint. The 75-year-old soul singer appeared in an embroidered floral pantsuit with a beige scarf flourish, and red coif. “Heeey! Philadelphia!” she greeted the crowd, filled with fans who shouted their appreciation. “This is a blessing!” LaBelle offered a word of advice. “You have a dream, don’t ever think that anything is too big for you, that you’re not worthy of everything,” she said. “Don’t ever get up in the morning and say nothing happened. Work that day, honey, like it’s the last day of your life, because you can get it all.” LaBelle then serenaded the crowd with a few lines from “Love, Need, and Want You,” co-written by Kenny Gamble and recorded in 1983 for his label, Philadelphia International Records. The sign for Patti LaBelle Way is on the block opposite Gamble and Huff Walk, named after the founders of PIR.