Contractor fired after showing up at Black home with Confederate flag 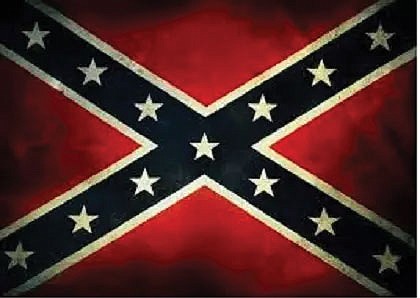 A Black family fired an independent contractor it had hired for a job after he drove to their home with a giant Confederate flag affixed to his truck, according to a report on Yahoo. Allison and Zeke Brown of Atlanta hired the man, whose name is Michael, to replace the brakes on their golf cart. When he arrived at their home on Saturday, an enormous rebel flag was attached to his truck.

“Hi, you know what, I do apologize, I know you’ve come from a very long way, but we’re going to use someone else,” Allison Brown, 40, a radiation therapist, tells Michael, as captured in a video on her Ring app. “She’s upset with the flag,” explains Zeke Brown, 48. “No, I’m beyond upset with the flag,” Allison says. Michael offers to remove the flag, but Allison says, “No, you don’t need to take it down. You can continue to believe what you need to believe, sir. But no, I cannot pay you for your services. Thank you, have a good day.”

Allison tells Yahoo Lifestyle, “When my husband told me about the flag, I said, ‘Let me handle this,’” adding that their college-aged son fled the house, anticipating his mother’s reaction. “I didn’t want to be the ‘angry Black woman’ but I wanted him to learn and feel that bottom-line loss,” she says. “You don’t go to Germany and wave the Nazi flag. It’s the same thing.” Michael told Yahoo Lifestyle that he is a “redneck” and that the flag is for the Fourth of July. “My little siblings bought it from a flea market,” he says. “I don’t support slavery and neither do my siblings. But I am not going to take it down when my siblings asked me to fly it. If [the family] wants to take offense, they can.”