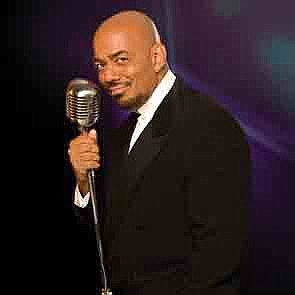 “I have lost my dearest friend and creative partner James Ingram to the Celestial Choir,”

James Ingram, whose silky baritone topped the charts for decades, has passed on at the age of 66.

The R&B crooner had been illness for some time, and preliminary reports listed the caused of death as brain cancer.

An Akron, Ohio native born in 1952, Ingram was the son of a deacon (Henry Ingram Sr.) and one of 6 children in a musical family (his younger brother Phillip achieved professional success on the Motown label as a solo artist and as part of the funk band “Switch”). A multi-faceted talent, eventually young James would become proficient on bass, guitar, and keyboards.

Briefly a student at the University of Akron, he dropped out to seek his fortune in Los Angeles, and eventually found work as a pianist with Ray Charles. In 1980 Ingram was discovered by Quincy Jones. Working as a backing musician in some forgotten San Fernando Valley nightspot, Ingram was not originally considered a lead vocalist, but he became a major component in the cornucopia of talent that Jones assembled for his 1981 pop-soul album, “The Dude.”

Ingram and Jones later teamed up to write “P.Y.T.” for Michael Jackson (on which he played keyboards).

He followed this up with a 1983 solo album,” It’s Your Night,” which sold just under a million copies, and earned him a Grammy for “Yah Mo B There” —his duet with Michael McDonald. Other hits included “Baby Come To Me,” a 1983 duet with Patti Austin, and “Somewhere Out There” from 1986 with Linda Ronstadt.Over the course of his career, Ingram was nominated for 12 Grammy Awards.

As the 1980s progressed, Ingram branched out into composing for motion pictures, contributing songs for movies such as “An American Tail,” “Beethoven’s 2nd (with Dolly Parton),” “Beverly Hills Cop II,” and “Sarafina!” Over time he collaborated with such luminaries as Bryan Adams, Anita Baker, Thom Bell, and Carole Bayer Sager.

Aside from his siblings, James Ingram is survived by his wife, Debra Robinson. The two married in 1975, in a union that produced six children.