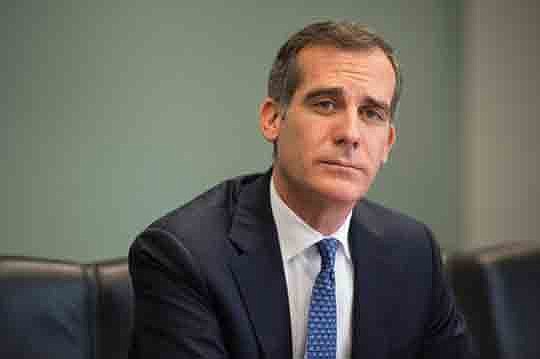 Responding to a report that an elite Los Angeles Police Department division oversaw a surge in traffic stops involving African American drivers, Mayor Eric Garcetti said this week the Office of the Inspector General will be conducting an audit of the unit.

“Angelenos deserve to understand the full picture when something outside the ordinary happens with any of our officers,” Garcetti said during a news conference at LAPD headquarters that was mostly dedicated to discussing 2018 crime statistics.

To combat a surge in violent crime, the LAPD doubled the size of its elite Metropolitan Division in 2015, creating special units to swarm crime hot spots, the Los Angeles Times reported last week.

Garcetti said that “we will get information instead of having speculation” via the audit. The OIG report will detail “the story and not just the statistics” about the division’s policies, the mayor said.

The data analyzed by The Times does not show why an individual officer pulled over a driver, and does not contain information about whether a motorist was searched, ticketed or arrested after the stop, nor can the data prove that Metro officers are engaged in racial profiling.

But some civil rights advocates say the racial disparities revealed by The Times’ analysis are too extreme to be explained by other factors, and troubling for a department that has spent the last quarter-century trying to repair its fractured relationship with the city’s Black residents.

Connie Rice, a civil rights attorney who has worked closely with the LAPD on reforms in recent years, told the newspaper that the racial breakdown of Metro stops is “really off the chain.” “This is stop-and-frisk in a car,” she said, referring to the New York Police Department’s controversial practice of patting down Black and Latino pedestrians, which was sharply curtailed after a legal settlement.

Garcetti said he had asked the OIG to conduct the audit following the report by The Times, but LAPD Chief Michel Moore added that the audit had been planned before the mayor asked for the probe.