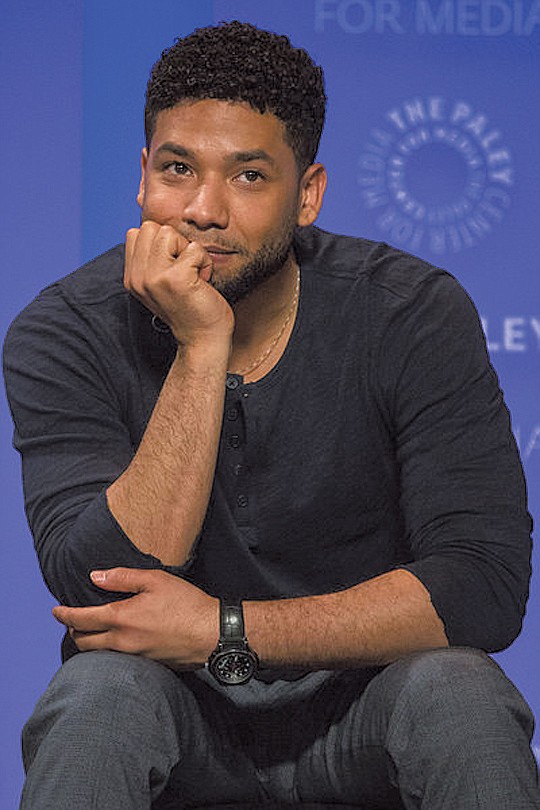 Jussie Smollett, one of the main actors on the hit show “Empire, was attacked early Tuesday morning in what is being called a hate crime by Chicago police. According to CNN, the young actor/singer was attacked by two people screaming racial and homophobic slurs. They also reportedly poured some kind of substance over him. And before fleeing the scene, one of the attacked allegedly put a noose around Smollett’s neck.

Smollett made it to Northwestern Hospital where he is listed in good condition. Later Tuesday, CNN’s Don Lemon spoke to Smollett and a mutual friend who was at the hospital with the actor. Smollett confirmed the incident took place. He was shaken and angry that an attack like this could happen. Smollett told CNN he fought back at the attackers.

“Given the severity of the allegations, we are taking this investigation very seriously and treating it as a possible hate crime,” a police statement said. Smollett has starred on Fox’s “Empire” since 2015. He plays Jamal, a successful singer in the musical Lyon family. Like his character, Smollett identifies as gay. “We are deeply saddened and outraged to learn that a member of our ‘Empire’ family, Jussie Smollett, was viciously attacked last night,” a representative of 20th Century Fox Television and Fox Entertainment said in a statement to CNN. “We send our love to Jussie, who is resilient and strong, and we will work with law enforcement to bring these perpetrators to justice. The entire studio, network and production stands united in the face of any despicable act of violence and hate -- and especially against one of our own.”

A representative for GLAAD told CNN the organization has reached out Smollett to offer assistance and support. “Jussie is a true champion for LGBTQ people and is beloved by the community and allies around the world,” a GLAAD spokesperson said in a statement.